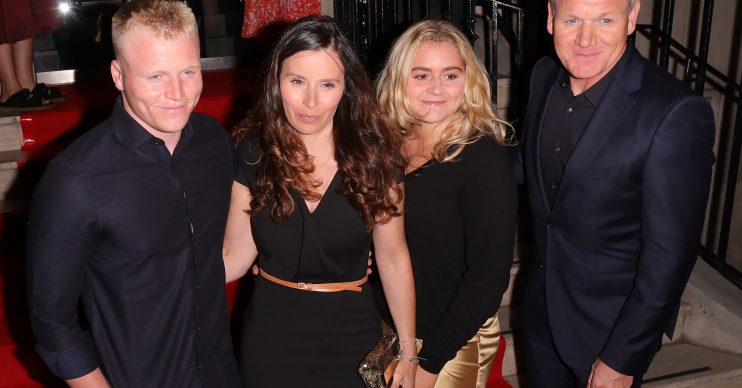 He is currently undergoing intense training

Gordon Ramsay’s son Jack, aged 20, has joined the Royal Marines, according to a report.

The celebrity chef’s oldest son began training last year and is set to earn a green beret by autumn.

Jack is undergoing an intense 32-week basic training period, and has joined as a £18,000 a year recruit.

He had attended private school and been to Exeter University, but he still chose to join as a marine rather than a young officer.

A source at the Royal Marines’ Commando Training Centre at Lympstone, Devon, told the Mail Online that Jack was popular and doing well on the program.

The source claimed: “First and foremost, he is just another marine recruit to us, a ‘bod’. There’s no nepotism here and no favouritism.

“He’s getting his head down and delivering the goods so far. He seems fit and is well liked.

“Not surprisingly, there’s a lot of good-natured banter when Jack and his mates sit down to eat and when they’re on a field exercise about who should prepare the rations.”

He is just another marine recruit to us

Fortunately Jack has a sporting background that should come in handy for the tough physical training.

Happy 20th Birthday @hollyramsayy @_jackrams3y_ I can’t tell you enough how proud I am of you both , continue to focus on you’re dreams and stay hungry and humble lots of love to you both. Dad xx

He was a member of his school’s rugby team, and also played judo, water polo and participated in triathlon events.

The celebrity offspring has believed to have deactivated his Instagram account, but it had once shown him enjoying a very glamorous lifestyle.

He had posted photos at various luxury holiday destinations and hanging out with fellow celeb children such as Brooklyn Beckham.

Appearing on Channel 4’s Born Famous last year, he made it clear that he was aware of his privileged upbringing.

He said on the show: “I have grown up in a bubble. I’ve never had to fight or do anything for myself. I don’t know what I’m like without everything I’ve got.”

What do you think of Jack’s career move? Tell us what you think on our Facebook page @EntertainmentDailyFix.