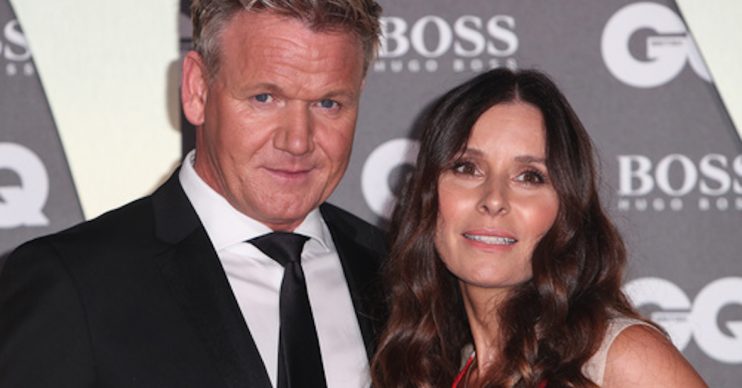 He’s certainly qualified when it comes to chewing the fat and telling others where they need to make improvements on shows such as Kitchen Nightmares and The F Word.

But it also looks as if Gordon Ramsay is a dab hand when it comes to trimming the fat – and we don’t mean how a butcher prepares a lamb rack!

The celebrity chef, 53, wowed his fans at the end of last month when he showed off his toned torso in a Baywatch-style snap with sons Jack, 20, and baby Oscar.

And it seems the dad-of-five could owe a reported near four stone weight loss – down from a reported 19st 4lbs – to eating MORE meals a day.

According to the Daily Star, the sweary TV personality apparently told US morning programme The Today Show his secret to dropping the pounds came with eating on a more regular basis – but taking in smaller amounts.

I like to keep on my toes and eat small bits.

“There’s nothing worse than eating dinner at 5.30 and then having to get up and cook for three hours.”

The Michelin-starred cook also indicated keeping busy helped as much as changing his approach to meals.

Wishing all the athletes the very best of luck for #kona @ironmantri today , crossing the line for me was one of the most exciting feeling ever !

He continued: “I like to keep on my toes and eat small bits. Almost like in Hong Kong – four or five times a day, small bowls of food.”

According to The Sun, Gordon previously spoke about his wish to get in shape after worrying his wife Tana ‘might leave him’.

He reportedly told The Times: “Tana was not impressed with the way I was.

“I was overweight, 18 stone. I looked like a sack of [bleep]. I look at the pictures and think, ‘How did Tana stay around?’

“Because Tana has got better-looking and more gorgeous. And there she is, getting in bed with a fat [bleep].”