It has been a busy few days for the latest addition to Gordon Ramsay’s brood, what with baby Oscar James coming into the world and all.

He arrived just in time for lunch on Thursday, with the celebrity chef telling fans he and wife Tana had finally "won an Oscar'".

Since then the tot has had a busy social media schedule, with his four brothers and sisters sharing snaps of them getting to know the new member of their family a little better.

And it seems Oscar has his own Insta plans in place, too. An account in his name has been set up - and has already drawn in over 22,000 followers. 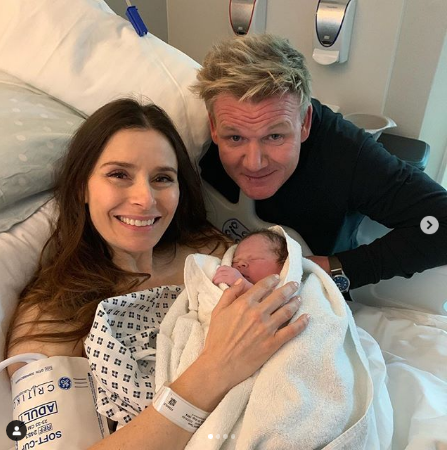 Family friends Romeo and Brooklyn Beckham are among the eight people he currently tracks on the site, with his parents and siblings also getting early follows.

But it is never too early to give fans a glimpse of the celebrity lifestyle, it seems: one of the two posts uploaded reveals Oscar is being readied for life as the offspring of an international TV star.

Had my first photo shoot today!

A brief clip shows Oscar having his picture taken with the caption: "Had my first photo shoot today!

"Can't travel until I have a passport photo." 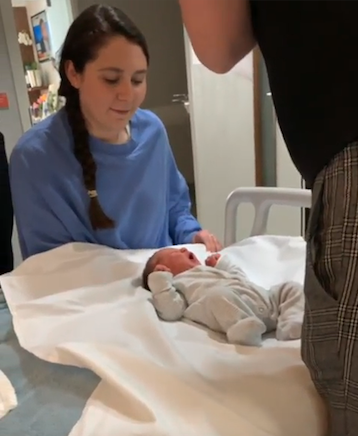 As Oscar lies on the bed, his big sister Megan is sitting behind him.

At one point she appears to encourage her brother to strike a pose for the snap, joking: "Oh, pout!" 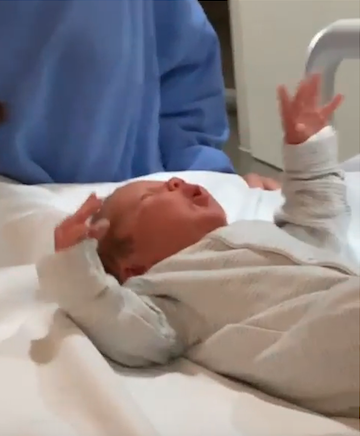 And although it is not entirely clear whether it is Gord operating the camera taking the photos or holding the phone filming it happen, the purring noise being made to soothe baby Oscar does seem to be effective.

Gordon and Tana are also parents to Megan, 21, 19-year-old twins Jack and Holly and Matilda, 17.

Had my first photo shoot today !! Can’t travel until I have a passport photo 🌍 🌍

Tana previously suffered a miscarriage at 21 weeks in June 2016.

Speaking to the Daily Mail at the time Gordon said: "The support we've had has been unbelievable. You don't realise until it happens to you how many people are affected. Sadly it happens every day."

I would like to introduce you to my big sister Matilda 👋🏽👋🏽 she gave me the biggest hug and so far she’s my favourite ....💜💜