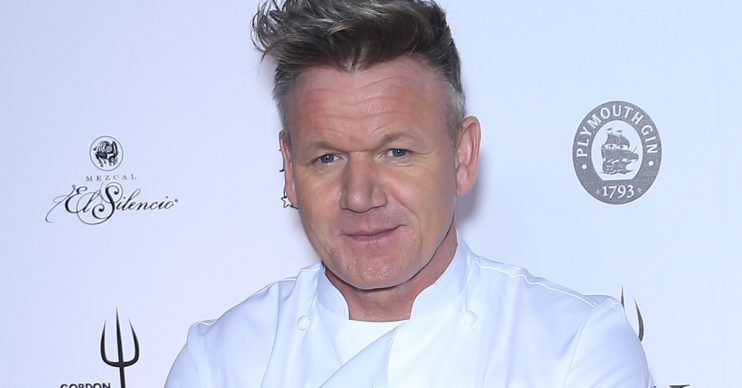 He was born in April

Gordon Ramsay’s baby son can be seen ‘chatting’ with his big sister in an adorable video shared by the family.

On the Instagram page set up for Oscar, a new clip shows the tot lying on his back and screeching with joy as his sister Holly, 19, croons over him affectionately.

They captioned the video: “Having a chat with holly about life…”

Having a chat with holly about life ….

In the clip, Holly can be heard saying to Oscar as he babbles away: “What? What are you trying to say? What do you mean? No way!

Oscar’s adoring followers rushed to comment on the  video.

One said: “So adorable, looks just like Megan. I mean exactly.”

Another wrote: “He’s so adorable.”

Someone else put: “What a vocal lil man! Cute.”

“He’s asking where the lamb sauce is,” joked a fifth.

It follows a heart-warming snap posted to the account to celebrate Father’s Day in June.

In the pic, Gordon lay back on a couch with a tiny Oscar, who was born in April, curled up on his chest.

The family wrote: “Happy Father’s Day to the best dad ever! Love you lots and lots.”

Earlier this month, the 52-year-old TV chef gave his son Jack a stark warning about chatting with female fans online.

So proud of @_jackrams3y_ competing in his first ever @ironmantri on Sunday in Staffordshire , good luck best mate and when in doubt think of all the less fortunate children currently in @greatormondst , head down and cross that finish line #teamramsay @ironman70.3 GB thank you Dean @huubdesign @iamspecialized @tower_26

Appearing alongside Jack in a video interview with GQ, Gordon opened up about his concerns regarding internet safety and warned the teenager that girls he speaks to in private messages on social media could turn out to be one of his mum’s mates.

Gordon said: “You think that these people who follow you are fans. I hate that word ‘fans’. They are not, they are [bleeping] strangers.

“So the one thing that keeps me up at night is Jack messaging individuals on social media.”

He advised his lad not to speak to girls online, prompting Jack to ask what he is supposed to do when a “cool, good-looking young girl” messages him. And Gordon clapped back: “That could be your mum’s friend in disguise!”