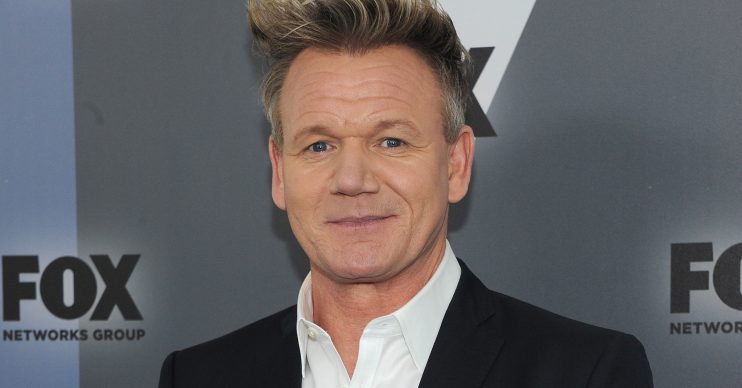 A big deal for the TV chef

As a culinary whiz, Gordon Ramsay has something to be especially excited about with his youngest child Oscar this week.

The Kitchen Nightmares star, 52, has revealed on Instagram that the tot is about to take the next big step with his meals and start on solid food.

Posting for his 7.2 million followers on the social media site, Gordon shared an adorable new snap of the five-month-old sitting in his high chair awaiting whatever dish his old man was about to whip up for him.

The dad-of-five wrote in the caption: “Somebody’s ready for breakfast @oscarjramsay it’s time to start solids…”

In the comments, some of Gordon’s followers told him how cute Oscar looks, while others couldn’t resist the opportunity to reference the chef’s fiery on-screen persona.

One said: “What a little cutie!”

A third commented: “The milk is blaaand.”

Someone else said: “Don’t forget the lamb sauce.”

“Feed him your butternut squash risotto,” wrote a fifth.

Last month, the Ramsays took little Oscar to get his first ever haircut.

The youngster, who Gordon and his wife Tana welcomed in April, had his very first haircut at the end of August but he didn’t appear to be very pleased about it.

In a shot shared on Gordon’s Instagram, Oscar could be seen wrinkling his face up as he got a little trim.

Gordon captioned the snap: “Not happy having my first hair cut….”

As well as tagging hairstylist to the stars Melissa Brown, the dad also tagged his son’s very own Instagram account, which the famous parents set up shortly after he was born.

The profile, which is managed by his sister Tilly and is full of cute photos and clips of the tot, already has over 152,000 followers.