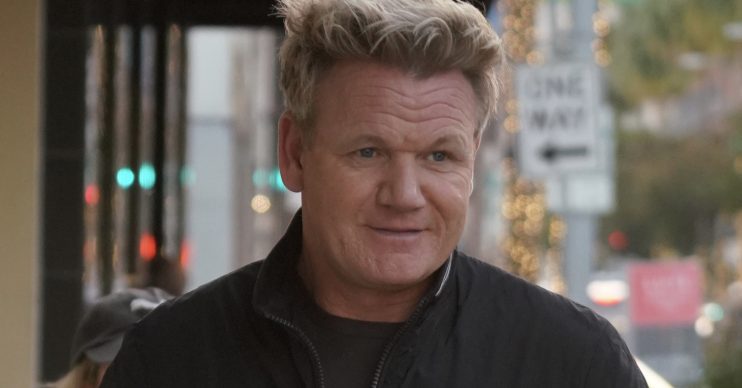 Out for a stroll

TV chef Gordon Ramsay has delighted fans with a new snap from a seaside stroll with baby Oscar.

The Hell’s Kitchen star, 53, took his nine-month-old son out for a morning walk and shared an adorable photo of the two of them for his 7.8million Instagram followers.

“A morning walk on the beach with this little muscle bag!” he wrote in the caption of the photo, which showed the tot enjoying a ride on his shoulders.

A morning walk on the beach with this little muscle bag ! @oscarjramsay

Read more: Gordon Ramsay gushes over ‘gracious’ daughter Tilly as they both celebrate their birthdays

In the pic, shared on Thursday (02.01.20) morning, the tot looked cute in a blue snowsuit featuring a furry hood and paw prints on the mittens. It was tagged in Daymer Bay, a beach in north Cornwall.

In the comments, one of Gordon’s fans wrote: “Aww look at his little paws!”

A morning walk on the beach with this little muscle bag!

Another said: “The name suits him perfectly, cutie pie.”

A third said: “Little Gordon is growing so quickly.”

Others couldn’t help but notice Oscar’s resemblance to his dad, with one calling him Gordon’s “twin” and another commenting: “Like father like son”.

Someone else wrote: “Mr Ramsey, I would like to say your son looks so like you. He is gonna be stunning when he is older, like the rest of his family.”

A third added: “Your twin.”

It follows a pic from a family holiday that had fans comparing Gordon and his two sons to the stars of ’90s TV series Baywatch.

And over on the Instagram account the family set up especially for pictures of the tot, the latest photo featured Oscar’s “super scary” Halloween costume.

It showed Oscar standing up (with the aid of a few helping hands) and smiling into the camera while wearing a black sweater and matching baby joggers that featured a monster-face print and orange spikes.

The family captioned the pic: “I’m in my super scary Halloween outfit today,” with a ghost emoji and the hashtag #boo.

Oscar was born in April and is Gordon’s fifth child with wife Tana. The couple are also parents to Megan, 22, twins Jack and Holly, 20, and 18-year-old Tilly.