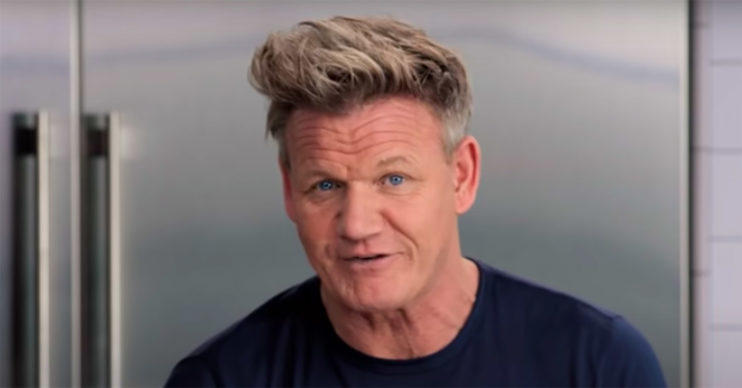 The cute tot showed off his new attitude on Instagram

Gordon Ramsay must be proud of baby son Oscar as he’s reached a new milestone – blowing his very first raspberry!

The adorable one-year-old showcased his new talent in a sweet video with followers on Instagram yesterday (September 15).

The clip showed Oscar sitting in the kitchen as he proudly executed the perfect raspberry.

Read more: Lisa Armstrong mocks Piers Morgan as she apologises for throwing his book out

But it appears little Oscar isn’t the only performer in the family as older sister Matilda can be heard singing in the background.

The post was captioned: “@HollyRamsay taught me a new trick…!! Background music by…. @tillyramsay.”

In a separate clip of Oscar fussing over dinner, it read: “@tillyramsay is trying to feed me dinner but it’s not working.. 😋

A second gushed: “Such a beautiful boy 💙.”

A third added: “He is the cutest kid.”

Another pointed out the similarities between Oscar and his famous dad, saying: “Omg! Like father like son!!!! 🙈😂 .”

Doting dad Gordon, 53, often shares snaps of his youngest son Oscar, as well as his four other children.

In a recent photo, the TV chef showed off his son’s stylish new hairdo.

The tot was rocking a trendy ‘man bun’ as he posed for a snap for his celebrity father’s Instagram.

The Hell’s Kitchen star shared a teaser trailer for the programme, telling fans it was created by his production company Studio Ramsay.

He wrote: “Coming soon to @bbc… my new high-pressure gameshow #BankBalance from @studio_ramsay! Big question is… do you have what it takes UK?”

In the clip, Gordon says dramatically: “Bank balance is a high-stakes, high-pressure game show where contestants need both knowledge and nerves to succeed. Welcome… to Bank Balance!”