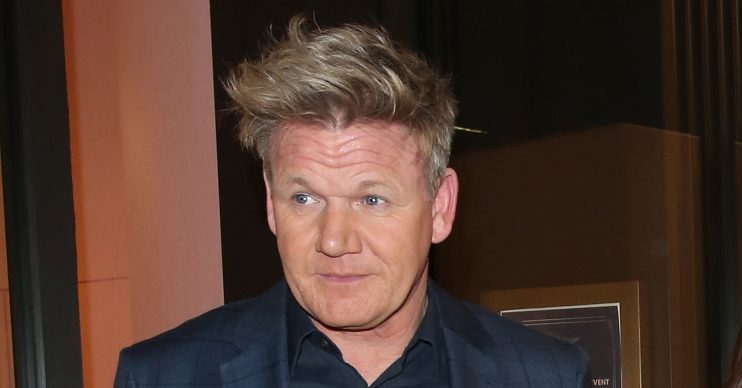 He’s known for having a bit of a temper when he’s hard at work in the kitchen.

And now it seems chef Gordon Ramsay’s use of foul language has rubbed off on his nine-month-old son Oscar.

Gordon has revealed the tot’s first words and, it appears, he has taken after his famous dad when it comes to his vocabulary.

The four-letter word came after Oscar tried solids for the first time.

Gordon told Perth Now: “He did his first solids, but he spat them out within three seconds. It was butternut squash puree.”

He did his first solids, but he spat them out within three seconds.

The chef added: “And you can sort of lip read, Tana my wife was cooking. And I think the words that came out of his mouth were “[expletive] disgusting!”‘

However, Gordon was quick to shift the blame for Oscar’s bad meal over to his wife – who is a cookbook author.

He said: “He knows that there is only one chef in the house and that is me.”

The pair are also parents to grown-up children Matilda, Jack, Megan and Holly.

Gordon recently shared a New Year picture with his youngest, showing the tot wrapped up against the cold during a walk on a beach in Cornwall.