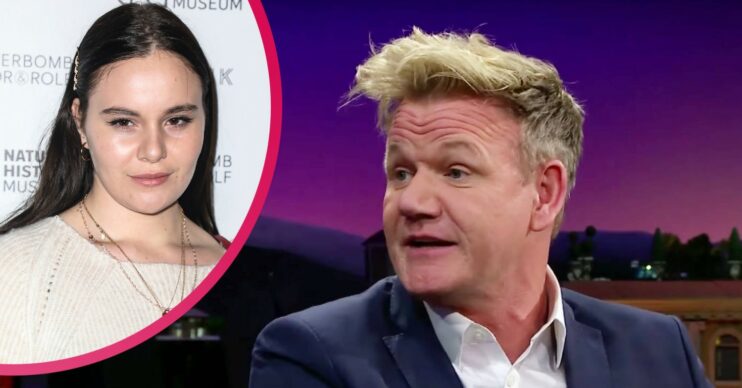 Gordon Ramsay has shared his pride for daughter Holly Ramsay after she opened up about a year without alcohol.

Holly, 21, addressed changes she made in her life because alcohol ‘wasn’t improving’ her mental health on Instagram.

Her candid post was received warmly by friends, family and followers, racking up thousands of engagements and comments.

Holly, along with her twin brother Jack, is the second eldest of Gordon’s five children he shares with wife Tana Ramsay.

Explaining her decision to give up alcohol, Holly said it was affecting her mental health and so she had to “take control”.

In a lengthy post, Holly wrote: “Today marks one year without alcohol.

“That is not something I thought I would ever say at the age of 21.

Holly revealed earlier this year she left university after her first year because she was admitted to the Nightingale Hospital.

She was diagnosed with PTSD, anxiety and depression.

“I chose to take a break from alcohol because it wasn’t improving my mental health – which for me, comes first,” Holly continued.

I made a decision to take control of what I could.

“This time last year I was at my lowest and I was scared but I made a decision to take control of what I could. And that meant removing alcohol from my life.”

Holly acknowledged her decision was neither easy nor taken lightly but she was “grateful” to not “mask her feelings (good and bad) with a drink”.

She added: “Alcohol and antidepressants do not mix well at all. And that is something, unfortunately, I learned the hard way.”

What did Gordon Ramsay say about his daughter Holly?

Celebrity chef Gordon, 55, was among the thousands who reacted to Holly’s public address.

He wrote: “What an incredible young lady and words can’t explain enough how proud you make me feel. Love you so much.”

Holly replied to him: “Love you.”

Younger sister and Strictly star Tilly Ramsay, 20, also offered her support. She added: “So proud of you.”

And Jeremy Clarkson’s daughter Emily added: “You have so much power.”