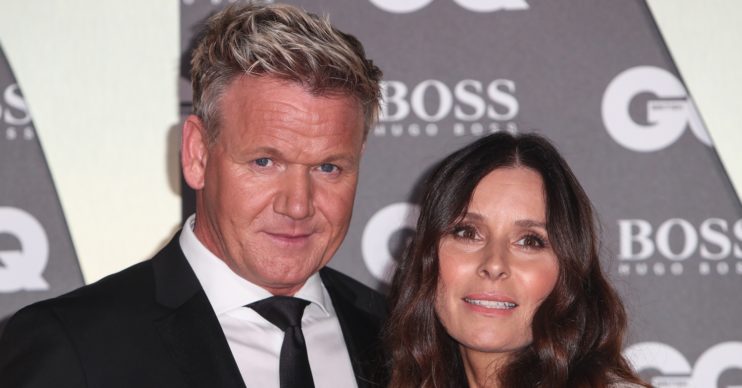 The one-year-old was rocking the trendy hairstyle as he posed for a snap for his celebrity father’s Instagram.

The chef shared the cute snap of his youngest with his 9.7 million Instagram followers. He captioned the picture: “Happy Bun day Monday.”

Fans have been quick to gush over Oscar’s cuteness. One commented: “Aww! Adorable.”

Read more: The One Show extended to cover shorter 20 minute episodes of EastEnders

Another shared: “He is absolutely adorable and I love his long hair. Adorable Oscar.”

I bet you just squeeze those little cheeks all day long

A third said: “I bet you just squeeze those little cheeks all day long.”

Some were loving his choice of hairstyle too, as one commented: “Rock that baby man bun, Oscar.”

Gordon along with wife Tana and youngest son Oscar have been enjoying a family getaway to Padstow in Cornwall.

Doting dad Gordon Ramsay regularly shares snaps of his youngest son Oscar, as well as his other children.

In a recent snap, fans were divided over whether Oscar is in need of a haircut.

A number of fans in the comments said they thought the tot looked cute.

But they claimed he needed to have his hair cut – and called on dad Gordon to do something about it.

Others didn’t appear to have an issue with the length of Oscar’s hair, as one suggested Gordon should style it.

Some fans simply pointed out how much the tot looks like his dad.

One wrote: “Need to spike his hair up like yours Gordon.”