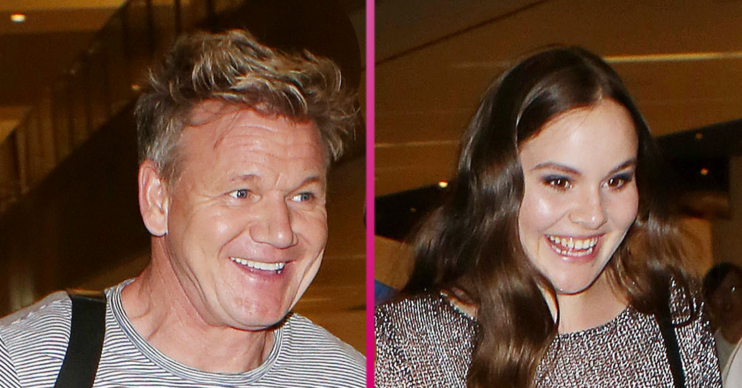 The TV chef is a doting dad to five kids

The Hell’s Kitchen star shares five children with wife Tana, but it appears his daughter is certainly a star in the making.

Holly is signed to Established Modelling Agency, and has taken to Instagram to share new head shots with her followers.

Attempting to be serious

In one of the photos the 20-year-old is seen playfully smiling, while the second shows her more serious side as she fiercely poses at the camera.

Holly captioned the photos: “Attempting to be serious.”

Her post was met by a string of complimentary comments, with proud dad Gordon writing: “@hollyramsayy I absolutely love this Picture ♥️.”

While one fan pointed out the striking resemblance between Holly and her mum Tana.

Holly is currently studying Fashion Design at university, with her modelling agency also describing her as a “lifestyle influencer.”

Her modelling page reads: “Holly is navigating her celebrity routes and channelling her own identity using her profile and platforms to inspire others with a focus on creating unique and relatable content whilst travelling between London and LA.”

Holly certainly isn’t the only Ramsay to be in the limelight recently.

Earlier this week, baby brother Oscar was spotted joining his dad at his first day back at his London restaurant.

Posting a series of snaps of the two of them to Oscar’s own Instagram account, Gordon wrote on his behalf: “Had the best day with Dad back at work! So good to be back. Thank you for having me.”

Among the shots are ones of Oscar on his dad’s shoulders and the little lad playing about in the kitchen.

Tilly in talks for Strictly

The 18-year-old is said to be lined up for an appearance on the BBC show as she’s popular with younger viewers.

Producers have apparently already discussed the idea with Tilly. The door is said to be open for her to appear ‘either this year or next.’

The insider went on: “Tilly wants to be known as more than just her dad’s eldest daughter.

“Strictly would be the perfect platform to give her a name in her own right and the chance to take home a trophy that Gordon doesn’t have.”