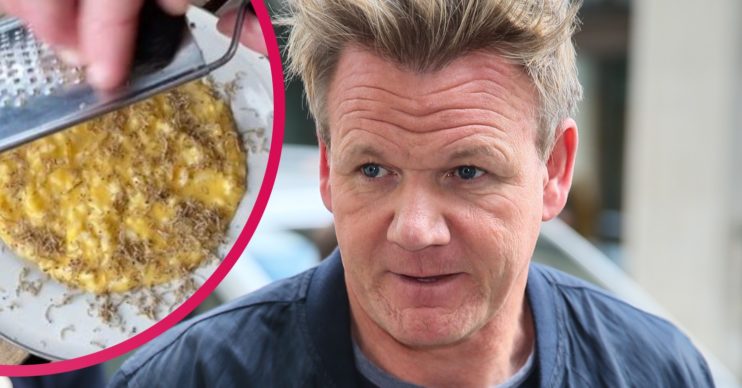 Not all of the Kitchen Nightmares star's fans were keen

Gordon Ramsay has divided his followers on social media with a risotto dish some compared to ‘vomit’.

On Instagram, the Kitchen Nightmares star, 53, posted a video of the creation that showed it being scooped onto a plate.

What did Gordon Ramsay say about the risotto dish?

In the caption, Gordon revealed that the dish was available at his Union Street Café in Southwark, London.

He wrote: “A taste of Autumn @unionstcafe… Pumpkin, bettelmatt and black truffle risotto!”

However, the risotto divided opinion among Gordon’s fans – as some likened it to dog food and cat sick.

What did the Hell’s Kitchen star’s fans say?

One wrote in the comments: “This looks like baby vomit.”

Some, however, told the TV chef it looked “delicious”.

“It looks delicious,” said another, with a licking-lips emoji.

Someone else, confused, wrote: “Kinda looks tasty and gross at the same time lol.”

One Gordon fan put: “I don’t care how it tastes but I’ll eat it ’cause it’s made by Gordon Ramsay.”

Sundays at @SavoyGrillGordonRamsay…. roast sirloin of beef with all the trimmings…. absolutely stunning !!

It follows criticism over the size of Gordon Ramsay’s Sunday lunch portions.

The dad of five recently shared a video of the new Sunday lunch available at the ultra luxe Savoy Grill.

He captioned the clip on Instagram: “Sundays at @SavoyGrillGordonRamsay… roast sirloin of beef with all the trimmings… absolutely stunning!”

It included a single slice of meat, one Yorkshire pudding, three roast potatoes and a small collection of roast veggies.

Another Instagram user joked: “It will be a trip to McDonald’s after this.”