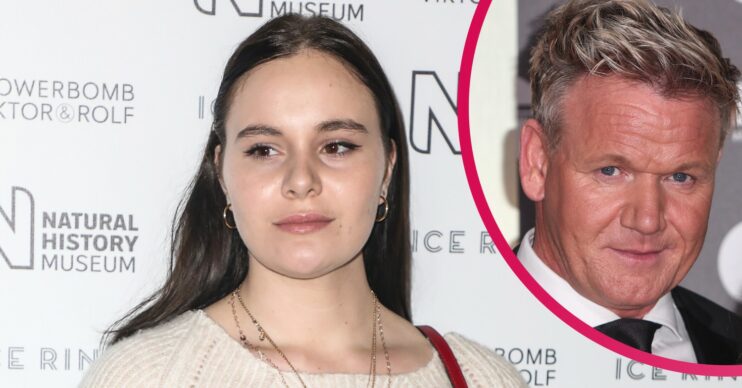 Gordon Ramsay’s daughter goes topless on Instagram as chef admits: ‘I’m so proud of you’

As the 22-year-old celebrated all the important women in her life, dad Gordon couldn’t help but tell her how proud he is of her.

Holly took to Instagram to celebrate all the women in her life for International Women’s Day.

The influencer’s post contained four pictures and a video for her 288k followers to see.

In the first picture, a topless Holly is sitting on the edge of a swimming pool with her back to the camera.

The second picture shows Strictly star Tilly Ramsay lying on a kitchen countertop, singing, while Holly laughs next to her.

In the third picture, Tilly, Holly, and Megan Ramsay pose for a selfie on the beach.

In the fourth, Gordon’s wife, Tana, is seen cuddling a sleeping Oscar.

“Happy International Women’s Day,” Holly captioned the post. “I’m so grateful to be surrounded by such hard-working & inspirational women.”

How did Holly’s followers react?

“So proud of you @hollyramsayy,” the 55-year-old chef commented. He added a red love heart at the end of his message too.

“Beautiful! That Oscar is one lucky lad to be surrounded by so many strong and beautiful women!!” a third follower said.

“Inspired by all the Ramsay women,” another wrote.

What else has Gordon Ramsay’s daughter Holly been up to?

Back in December 2021, Holly celebrated a significant milestone – that she had been sober for one whole year.

She posted a lengthy statement on her Instagram explaining why she had decided to give up alcohol for a year.

“I chose to take a break from alcohol because it wasn’t improving my mental health – which for me, comes first,” she said.

“This time last year I was at my lowest and I was scared but I made a decision to take control of what I could. And that meant removing alcohol from my life,” she continued.

She went on to say that alcohol has helped her feel “better and more present”. She then said that she felt “lucky” to be able to post her message and break the stigma around mental health.

Holly’s decision to abstain from alcohol came after she had left university after her first year because she was admitted to Nightingale Hospital.

She was diagnosed with anxiety, depression, and PTSD there.

Hundreds commented on her post, including Gordon, who once more expressed how proud he is of his daughter.

“What an incredible young lady and words can’t explain enough how proud you make me feel. Love you so much,” he said.