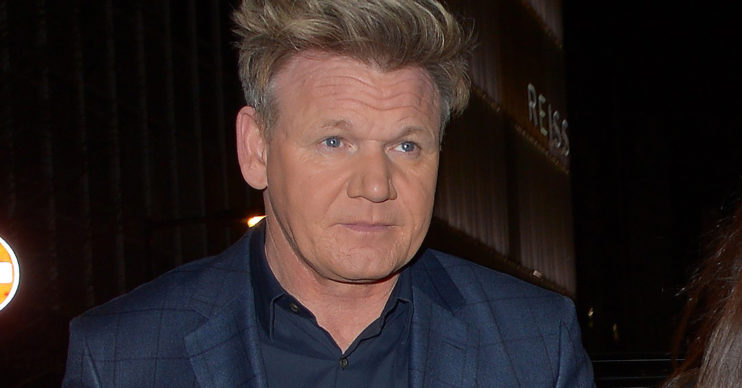 Gordon and his family moved to their holiday home

Gordon Ramsay has been branded a “hypocrite” for urging people to stay at home after moving to Cornwall.

The TV chef has already been slammed by neighbours for moving to his holiday home in Cornwall with his family.

Gordon has now told fans to remain at home in a video for YouTube’s Stay At Home campaign.

What does he say?

In the footage, Gordon is seen at his holiday mansion.

He says: “Hi, I’m Gordon Ramsay. Now in order to stop this dreadful virus, we need to stay at home.

“What do we do? Let’s cook along together. I’ve got loads of exciting recipes on my YouTube channel.

“Have fun and thank you.”

Stay home and cook with Gordon Ramsay. There's so much we can do together, even whilst we're apart. #WithMe

However, viewers have criticised the TV star with one person branding him a “hypocrite”.

What have they said?

One person said on Twitter: “@GordonRamsay Just a quick reminder that appearing on YouTube ‘stay at home #WithMe’ campaign while actually being at your holiday home in Cornwall…

Now in order to stop this dreadful virus, we need to stay at home.

After that, another commented: “Stay home and cook no sorry sod off on holiday to Cornwall during a pandemic. He has lost my respect..”

In addition, a third tweeted: “Not the best person to highlight this. He literally ignored lockdown and moved his family to Cornwall.”

Meanwhile, Gordon was recently slammed by his neighbours for riding his bike near his Cornish home.

One neighbour told the Mirror Online: “There are a lot of elderly people down here.

However, not all of Gordon’s neighbours disagree with his decision to hole up in Cornwall during the pandemic.

Read more: Will there be a new series of Gordon, Gino and Fred? ITV announces trip to Kathmandu

He took to social media to thank the “generous” neighbour for gifting the chef some home-grown asparagus.

In conclusion, he said: “That’s how you look after each other across these difficult times. There you go.”

What do you think of Gordon moving to his Cornish home? Head to our Facebook page @EntertainmentDailyFix and let us know.