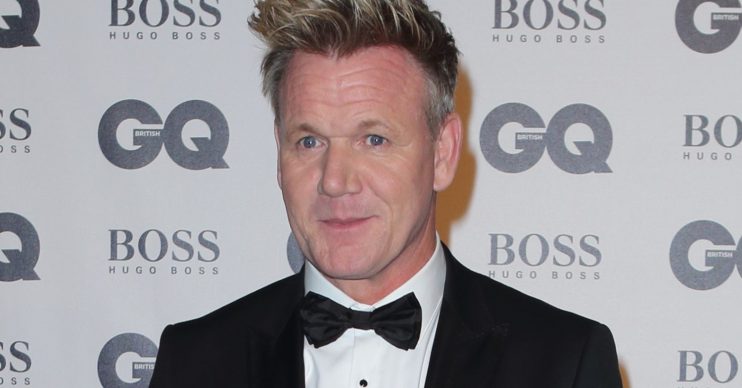 He's moved to Cornwall with his family during the lockdown

Chef Gordon Ramsay has reportedly angered Cornwall locals for parking his 4×4 outside of a shop.

The TV star has moved his family to their holiday home in Cornwall during the coronavirus lockdown.

However, the move has apparently upset some locals.

It’s been said that Gordon was caught in a row with a shopper who appeared to give him a telling off in Polzeath Beach.

According to MailOnline, the shopper confronted Gordon about the size and parking of his Land Rover.

Photos obtained by the publication show the shopper gesturing towards Gordon next to his car.

There are a lot of elderly people down here – it’s an elderly population.

The man then walked off and Gordon got back into his car with a bag of shopping and a coffee.

Meanwhile, the chef has been accused of putting elderly residents in Cornwall at risk by moving from London.

One neighbour told Mirror Online: “There are a lot of elderly people down here – it’s an elderly population.

Gordon recently revealed he received a gift from some neighbours – a bunch of veggies.

Sharing a clip to his Instagram Stories on Monday (April 13), the Hell’s Kitchen star showed off some asparagus.

He said: “Now what a lovely, beautiful, generous little gift.

Where is Jack, the real action man when I need him….. @gordongram @oscarjramsay

“A little gift from the fields across your house.

“C’mon, seriously, that’s literally growing in the back of my garden. Now that’s what I call love thy neighbour, see?

“That’s how you look after each other across these difficult times. There you go.”