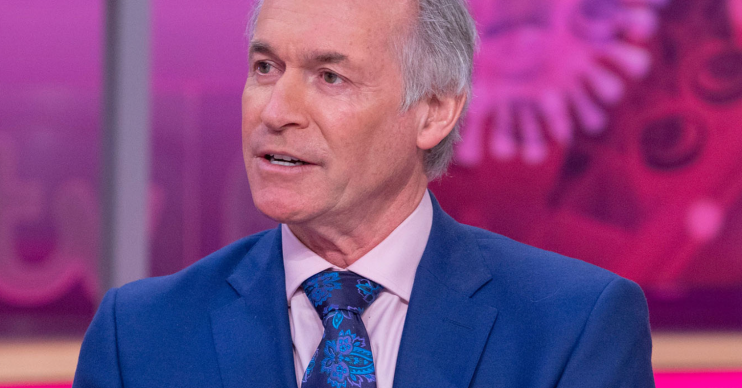 Good Morning Britain fans couldn’t get enough of Dr Hilary Jones today (March 18). Viewers took to Twitter to praise the celebrity doctor as he clapped back at both Piers Morgan and Vanessa Hudgens during discussions about the coronavirus outbreak. Dr Hilary didn’t appear impressed when Piers suggested health officials were dishing out contradictory advice […]

Viewers took to Twitter to praise the celebrity doctor as he clapped back at both Piers Morgan and Vanessa Hudgens during discussions about the coronavirus outbreak.

Dr Hilary didn’t appear impressed when Piers suggested health officials were dishing out contradictory advice and that the Government should no longer give people a choice when it comes to isolation.

Clapping back, the doctor told the host: “Well, that didn’t work in Italy because they just ignored it!”

He then added: “This is an unprecedented time. We’ve never come. across anything like this in our lifetime. And you’re right, we have to take it seriously.

“But by the way, I respect you as a journalist and I think you’re right to question every scientific decision but not then to doubt it if it’s not the answer you want!”

As the exchange got somewhat heated, Piers was quick to reassure viewers that there were no ill feelings between him and Dr Hilary: “When I have arguments with Hilary it’s because I’m challenging him, it’s not because I have anything but complete respect. It’s really me pushing [him].”
He added: “What I think of the science is neither here nor there, other than I think I’m entitled to raise an eyebrow when our science appears to have changed so fast.”
Elsewhere in the programme, Piers, Susanna Reid and Ranvir Singh mocked US star Vanessa Hudgens after she took part in an Instagram live video yesterday addressing the coronavirus outbreak.
The actress said in the footage: “I’m sorry, but like, it’s a virus, I get it. Like, I respect it, but at the same time, like, even if everybody gets it, like, yeah, people are gonna die. Which is terrible, but like, inevitable?”
After watching the footage, Piers quipped: “Just a time update, it’s cretin o’clock.”

Ranvir then added: “That is just typical of that I’m alright Jack attitude – I’m alright, I haven’t got any underlying health conditions.”

What a great comment! Also what a disgraceful human

However, it was Dr Hilary’s response that won over Twitter: “Anybody that says like five times in the same sentence should be ignored anyway. That’s my take.”

Another then added: “Dr Hilary is an actual legend! The voice of calm and reason. So thankful for him! @gmb @DrHilaryJones.”