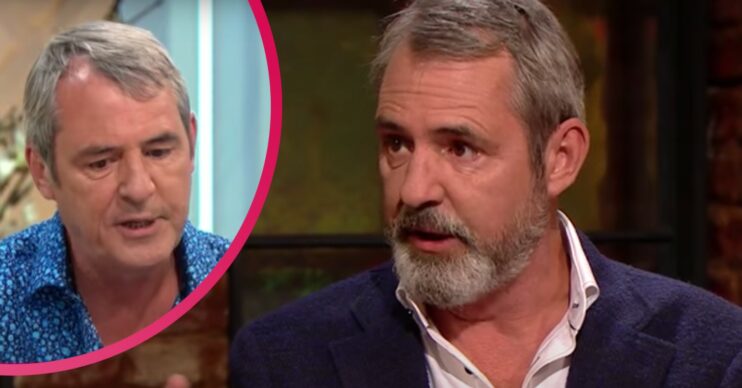 They didn't get to say goodbye to their parents

As well playing Greg McConnell since 2017 in the ITV series, he’s also appeared in dramas such as Line of Duty, Unforgotten and Waterloo Road.

But it is perhaps for his comedic roles in Boon, Carrie and Barry and (of course) Men Behaving Badly he is best known.

Despite bringing so many laughs to viewers over the years, some fans might be surprised to learn Neil didn’t have the easiest of childhoods.

Neil opened up his feelings about going into care during his appearances in Pilgrimage: The Road to Santiago.

He revealed he was separated from his family aged 10 during the BBC series which first aired in 2018.

Reflecting on his family life, Neil indicated his mum and dad were “lovely people” but “crap parents”.

He added: “The social workers had their eye on us. We were the kind of kids that would get out of the house and go feral.

“Burglary and breaking and entering, which I found very exciting.”

The actor also told fellow celebs on the show he didn’t have the opportunity to say farewell to his mum and dad.

Furthermore, Neil didn’t see his youngest brother for a decade after his future was decided in court.

He explained he recalled his parents sobbing – but wasn’t able to process what was happening.

No hugs, no kisses, no goodbyes.

“Then my parents walk off. No hugs, no kisses, no goodbyes.”

Neil added, poignantly, that Stephen left through a separate door and that was the last time the brothers saw each other in ten years.

And it seems Neil reckons drama – which he took up at 11 – helped him cope.

Read more: The Good Karma Hospital cast: Who’s in series 4 and who do they play?

The Good Karma Hospital airs on ITV on Sunday February 6 at 8pm.