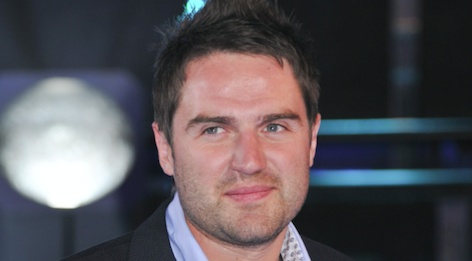 He was found to be nearly three times over the limit

Gogglebox star George Gilbey has been jailed for three months for drink-driving.

The 35-year-old was arrested after a staff member at a petrol station smelled alcohol.

He is believed to have run out of petrol and sought advice at a Tesco garage on how to fill a petrol can.

Staff alerted the police and Gilbey was breathalysed at the scene. He was found to be nearly three times over the drink-driving limit.

He admitted to drink driving at Chelmsford Magistrates’ Court and was imprisoned as he was already serving community punishment for attacking his former girlfriend.

He is now banned from driving for five years.

Gilbey, of Clacton, Essex was beloved by viewers for his cheeky wit and banter.

He and family members Linda and Peter were kicked off Gogglebox when George took part in Celebrity Big Brother in 2014.

Gilbey went on to be a CBB finalist, and Linda and Peter have since returned to the series without their son.

He violently assaulted Gemma Conway, the mother of his child, in March 2018.

Wimbledon Magistrates Court found Gilbey guilty of assault and of causing £400 worth of damage to his family home.

Following his sentencing, Gilbey was spared prison after been given 100 hours unpaid work, 40 sessions of ‘rehabilitation activity’ and ordered to pay £1,105 which included compensation for the attack.