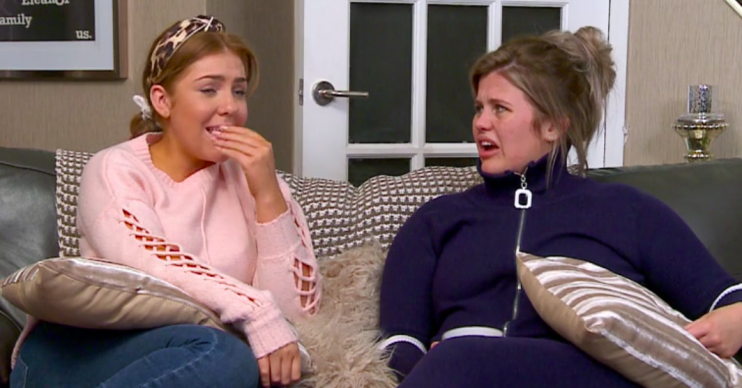 Viewers could not believe their ears

Channel 4 viewers were left gobsmacked after Gogglebox stars Abbie and Georgia confessed to knowing very little on the human anatomy.

During Friday night’s episode, the pair watched a man get swabbed after he found an unusual bump on his penis.

Marco, 30, underwent an STI test on the the channel’s Sex Clinic, where he later discovered he had genital warts.

And while some of the show stars were left hiding their faces over the uncomfortable examination, Abbie and Georgia discovered some serious medical facts of their own.

Once the patients’ diagnosis was revealed, Georgia said: “That’s proper scruffy, I’m not even joking.”

A shocked Abbie replied: “A genital wart?! I thought you could only get the, on your feet!”

Viewers of the show couldn’t believe the blunder as they took to Twitter in hysterics.

One wrote: “Actually flabbergasted at the fact she thought you could get Genital warts on your feet #gogglebox.”

A second commented: “Them two girls on #Gogglebox proper kill me off ‘genital warts? I thought you only got them on your feet’.”

Another joked: “She thought you could only get genital warts on your feet…huh!!? #Gogglebox.”

She thought you could only get genital warts on your feet…huh!!?#Gogglebox

Read more: Linda Robson reveals Stacey Solomon took her to rehab as she ‘felt like she wanted to die’

A fourth added: “Did she really just say she thought you could only get GENITAL warts on your FEET?! #Gogglebox.”

The hit Channel 4 show returned to our screens last week (February 21, 2020), with Stephen leaving viewers slightly split over his comment on a woman’s private parts.

Stephen and his husband Daniel were discussing the topic of Gwyneth Paltrow’s famous vagina scented candles, while the news segment they were watching was covering Prince Harry and Meghan’s move to Canada.

After Daniel questioned what a vagina smelt like, his partner replied: “Rancid!”

Read more: Duke and Duchess of Sussex named among ‘most boring’ conversation topics

Some fans didn’t see the funny side of the jibe, commenting: OMG @C4Gogglebox so vaginas are rancid? I am offended by those remarks from the least funny person on there! How dare he? Male anatomy, female anatomy, it’s all beautiful and the source of human life. Him included!”

However, one fan found it hysterical saying: @Stephenwebb71 saying vaginas smell rancid on #googlebox he never fails to make me laugh so hard I can barely breathe #thankgodgoggleboxisback.”