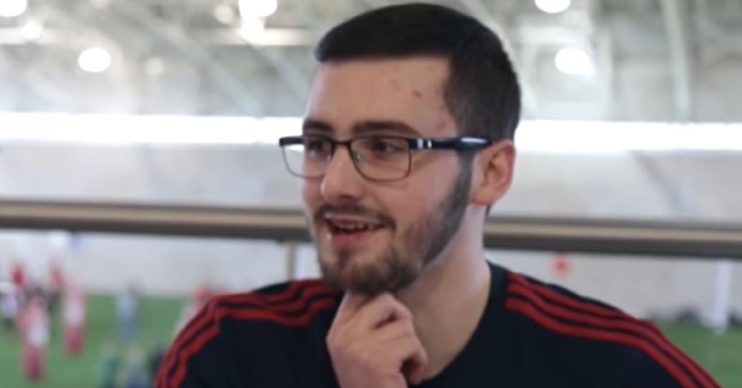 Shaun Malone from Gogglebox has revealed he almost died after contracting a common infection – only for it to leave him fighting for his life in a coma.

The reality TV favourite said he suffered a stroke when he was 15, when a sinusitis infection ‘got into his brain’.

What happened to Shaun?

Speaking recently on the Coaching From The Sofa podcast, Shaun – who works as a football coach for Manchester United Foundation – said doctors warned his mum and dad, Julie and Tom, that he had a slim chance of pulling through.

He said on the podcast: “In 2010, I got sinusitis and in some way, the infection found its way back to my brain. My brain started swelling and my skull started crushing it. My mum took me to A&E, saying, ‘Look, he’s poorly!’ They said it was sinusitis.”

Some time after he returned home, he “collapsed” and “ended up going into a coma”.

The infection found its way back to my brain.

When he awoke from the coma, there were complications.

“My brain damage affected me in some ways,” he said. “Like my memory, but mostly the way it affected me was with my left side. I essentially had a stroke. I couldn’t move my left arm, my left leg, even the left side of my face.”

Shaun features on Gogglebox alongside his mum, dad and brother Tom Junior.

They live in Manchester and have appeared on the Channel 4 programme since series four, which aired in 2014.