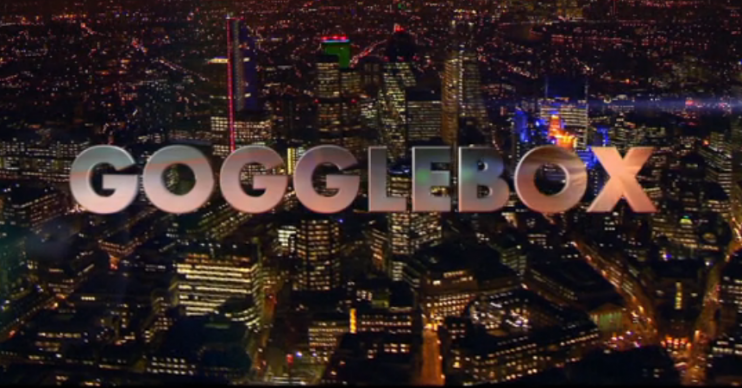 Fans of Gogglebox are seething after the Channel 4 show revealed the ending of the latest Game Of Thrones episode.

Viewers looked on in horror last night as the Gogglebox cast reacted to the Battle of Winterfell unfolding.

The bloodthirsty GoT episode was aired on UK TV on Monday night, meaning fans have had almost a week to watch it.

But that didn’t stop them airing their grievances about the Gogglebox ‘gaffe’ on social media.

If you haven’t already seen the latest Game Of Thrones episode, you might want to look away now.

In the nail-biting installment – described by the Gogglebox narrator as “the moment the world had been waiting for” – Arya Stark (played by Maisie Williams) is seen stabbing the Night King (Vladimir Furdik) to death during the Battle of Winterfell.

And as the drama unfolded in front of them, Gogglebox cast members including Jenny and Lee, and Ellie and Izzi, spoke in detail about what was happening.

What the show’s producers must not have known is that some Game Of Thrones fans were STILL waiting to see this climactic moment.

And Twitter was soon buzzing with viewers venting their anger at the Channel 4 show.

One fan fumed: “Not a fan of Gogglebox doing spoilers!”

Another wrote: “How about giving us a spoiler alert, #Gogglebox?!?!”

And a third added: “Thanks a bunch Gogglebox for the massive spoiler for Game Of Thrones. I’m about to watch from the beginning. You massive morons.

“And tonight’s episode was one of the worst-edited ever.”

Someone else said: “Very naughty of Gogglebox to show a plot spoiler on my favourite GoT female character last night – we don’t all have Sky Atlantic you know.”

“I cannot be the only one furious at #C4 and #gogglebox ruining #got why the spoilers!!” added another.

However one fan did point out: “It’s almost been a full week since that episode was released… so they cannot complain about spoilers.”

It’s not the first time Gogglebox has been under fire for revealing spoilers. The show has also been blasted for ruining episodes of Line Of Duty.

One fan tweeted this week: “….aaaaaand *MUTE* for the next 15-25 minutes as #Gogglebox bangs on about #LineOfDuty way more than necessary #spoilers.”

And another said: “One of my favourite shows is Gogglebox but it’s ruined another of my fav shows with all the major spoilers of Line Of Duty as I record it and watch it all at once! Totally gutted. Leave something to the imagination guys, please!!”