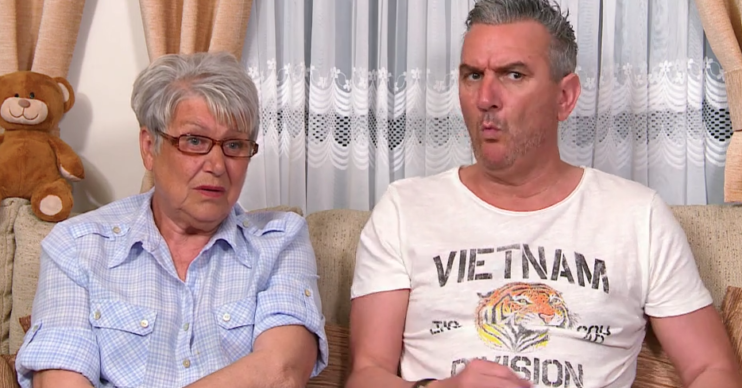 The TV duo are currently isolating together

Gogglebox favourites Lee Riley and Jenny Newby have finally left their caravan for the first time in six weeks.

The TV duo are currently isolating in Jenny’s home in Holderness during the coronavirus pandemic.

Read more: Joe Wicks in hospital on a drip after injuring hand

Despite being allowed out for daily exercise, the pair admitted they’ve been too lazy and have remained cooped up in the caravan.

Taking to Twitter, Lee updated fans on their recent walk after stepping outside for the first time in weeks.

He said: “We are out for a walk and it’s about a minute, two minutes away from the caravan and it’s beautiful along this coast.

“It’s the first time in six weeks we’ve done it – talk about being lazy.

“I don’t know why she’s got the mask on, because she’s only been with me for the last six weeks, so what’s going on there?”

It’s Friday so it’s #Gogglebox Friday 😁😁😁what do we do go for a walk for the first time in six weeks 🤷‍♂️🤷‍♀️so ready for a drink and snacks tonight hope you can join us at 9pm @C4Gogglebox #StaySafe 🌈much love ♥️Jenny and Lee pic.twitter.com/4JtyMQmwE4

Alongside the post, Lee wrote: “It’s Friday so it’s #Gogglebox Friday. What do we do? Go for a walk for the first time in six weeks, so ready for a drink and snacks tonight.

“Hope you can join us at 9pm @C4Gogglebox#StaySafe much love Jenny and Lee.”

Fans were quick to comment on the clip, with one writing: “You’ve picked the wrong day..! You look bloody freezing..!”

A second added: “So glad you moved in together during this time so we can still have you both on our screens! I think we all need that bit of cheering up.”

Lee and Jenny – who have been friends for over 20 years – have starred on Gogglebox since 2014.

The pair recently moved in together as they continue to film during the coronavirus pandemic.

The Channel 4 reality series – which sees its stars across the country react to British television from their own homes – has filmed the upcoming series using rigid cameras.

However, the lack of social distancing between sisters Ellie and Izzi has left some viewers up in arms as they continue to film together despite not living in the same house.