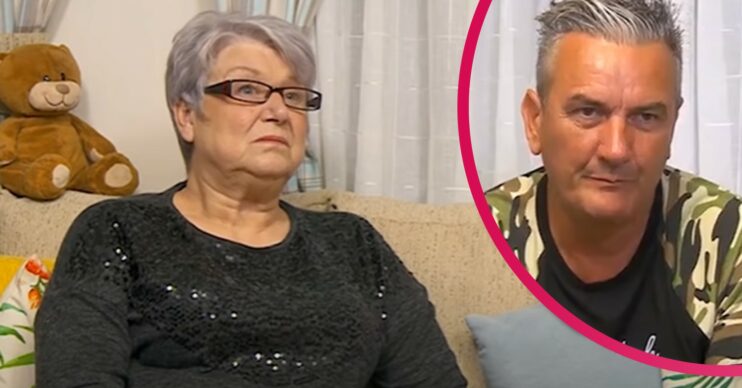 Gogglebox star Lee Riley has told fans his co-star Jenny Newby will be out of hospital this week as she recovers from her operation.

The much-loved pair were missing from the latest episode of the show after Jenny’s hospital stint.

She also sadly had to bow out from the BAFTAs on Sunday.

But now Lee has updated fans on when the dynamic duo will be back in action.

Taking to Instagram, he confirmed: “Yes, [Jenny] has had an operation, but it’s been on the waiting list for two years and it came BAFTA week.

“I was gutted she couldn’t be by my side last night and she was as well, but she’s doing well and she’s out this week.”

Lee added that he had passed on fans’ well wishes to his pal.

Fans were concerned when they watched the latest episode of Gogglebox and the pair were nowhere to be seen.

Towards the end of the show, one viewer tweeted: “Not the same without Lee & Jenny.”

Meanwhile, another mused: “I do love this show but it is just not the same without #Lee and #Jenny.”

They flocked to social media to show their support.

Touched by their kindness, Lee signed off his post: “Thank you for caring, you’re great.”

Fans were relieved Jenny was on the mend and flooded the comments section with positive posts.

One wrote: “Get well soon Jenny….GB is not the same without… We all miss you..Congrats on winning the BAFTA. So well deserved.”

Another said: “So glad Jenny is doing ok love you both.”

Meanwhile, a third gushed: “Awww get well soon soon Jenny. Congrats to all on your well deserved Bafta and I thought you looked mint in your suit last night Lee!”

During the glitzy BAFTAs bash, Gogglebox won the Reality and Constructed Factual gong.

On stage, Lee said: “It’s a pleasure to be stood here this evening to collect this award for past and present of the families who have been on Gogglebox.

“We’d like to thank Channel 4 as usual and of course Studio Lambert and the production team, the crews that go up and down the country every weekday to film us, to make us look better than what we are.”

Gogglebox continues on Channel 4, Friday May 13, at 9pm.

Send Jenny your well wishes on our Facebook page @EntertainmentDailyFix