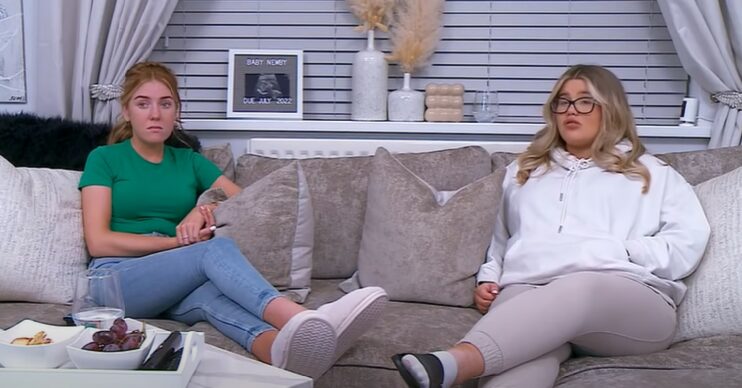 She's due in July!

The pregnant telly star announced in January that she was expecting her first baby.

Taking to Instagram over the weekend, Georgia shared a string of pictures as she celebrated her baby shower with family and friends.

In the photos, Georgia looked glowing in a light blue dress while surrounded by balloons and flowers.

Read more: Gogglebox fans all saying the same thing as show comes to an end

She also included pictures with her loved ones.

In one photo, Georgia beams alongside her Gogglebox pal Abbie Lynn.

“Thank you all for making my day so special.”

She added: “Thank you everyone for your lush comments, it really was a beaut day.”

Fans were stunned by Georgia’s appearance and gushed over her in the comments.

Abbie sweetly wrote: “Absolutely beautiful inside and out! You’re going to be the most perfect mam, love you always.”

Georgia and Abbie joined the Gogglebox family back in 2018 and are from Durham.

Back in January, Georgia announced the news that she was pregnant.

Hairdresser Georgia posted a snap of a framed ultrasound scan.

The post also included a tiny baby grow which had the words “And then there were four” written across it.

This is reference to Georgia’s adorable Staffie Vinnie, who appears on the show.

Fans congratulated the star at the time, with one writing: “Huge congratulations to you all. Vinnie is gonna make the cutest fur brother ever.”

Then in February, Georgia and her partner Josh discovered they were having a little boy.

Alongside a photo of the happy couple with blue confetti surrounding them, Georgia said: “IT’S A BOY!!!

“Hugh James Newby. Our hearts are so full…”