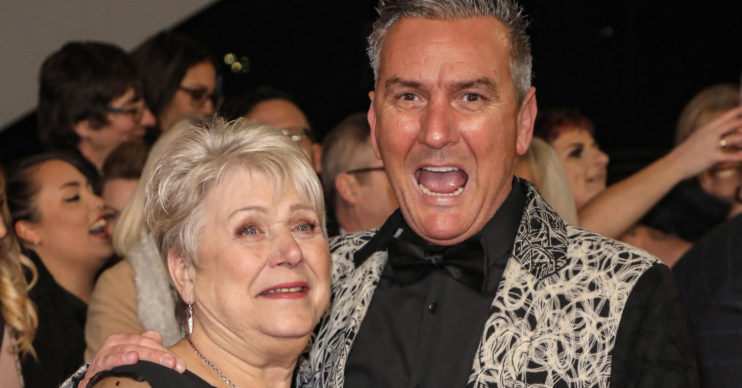 Only one of them changed dramatically...

Fans of Gogglebox are laughing their way through the weekend after Jenny Newby and Lee Riley ‘switched’ genders.

Photos of the pair have been put into ‘gender swap’ app by a fan account and the results are rather amusing.

Sharing the before an after pictures on Twitter, the fan said: “Jenny and Lee as the opposite genders @leegogglebox #gogglebox.”

Jenny and Lee as the opposite genders 😂😂 @leegogglebox #Gogglebox pic.twitter.com/YXjMAkp3MU

While Lee came out with long blonde hair and a smoother face, Jenny looked… exactly the same. Oops!

Another added: “Jenny doesn’t look any different! Lee makes a great woman tho!”

Lee and Jenny have been best pals for more than two decades after meeting in a pub.

Jenny was the landlady of The Crown Inn in East Riding and Lee was a regular.

The pair found fame on Channel 4’s Gogglebox in 2014 and fans love watching them critique the latest TV shows together.

During the most recent series, Jenny decided to move into Lee’s caravan in Hull so they could continue filming.

The pair don’t usually live together, so social distancing rules meant they would not have been allowed to sit in the same house.

Meanwhile, Lee recently showed fans just how far back their friendship goes with an old photo.

The snap was taken in 2004 during a cruise, with Lee wearing a suit and Jenny in a pretty black dress.

Jenny also had brown hair in the picture and the duo were beaming as they cuddled up to each other.

Fans went wild for the throwback shot after Lee posted it on their joint Instagram page.

He wrote: “Old photo 16years ago of me and Jenny on a cruise taking the [bleep] and no, before you ask, we didn’t get married.”

One commented: “Oh wow! Great long friendships are the best.”

Another added: “Love you two, breath of fresh air x.”

Did Lee and Jenny’s gender swap make you laugh? Leave us a comment on our Facebook page @EntertainmentDailyFix and let us know.