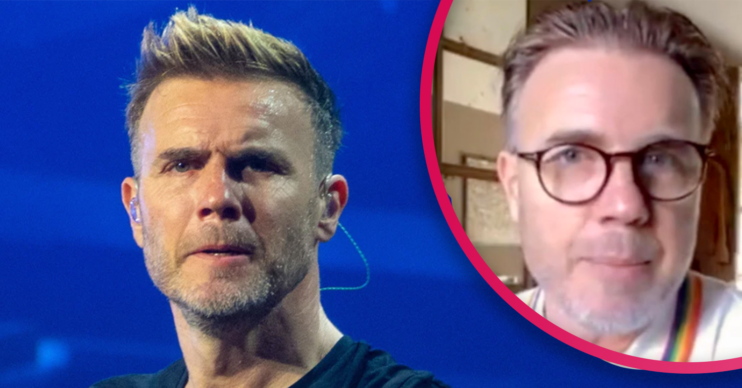 The Take That star, 49, promoted his new song created during lockdown.

During his Good Morning Britain interview with Piers Morgan and Susanna Reid, he talked of his new song and praised the NHS.

This Calls for Love is recorded from Gary’s home during quarantine.

However, many viewers were left disgruntled by Gary’s efforts.

Dozens took to Twitter to accuse Gary of being hypocritical.

The famous pop star was infamously outed as having taken part in a tax avoidance scheme back in 2014.

One Twitter user tweeted: “Bit of a farce Gary Barlow on GMB promoting his new music video praising the NHS. Gary tax avoids and has previously donated to the Tories. What a load of crap!”

Another user mocked: “‘What can I do to help?'”

“Paying your taxes would be a good start Gary Barlow.”

A third user shared: “Just when you thought lockdown couldn’t get any worse, insufferable whiny voiced tax avoider Gary Barlow releases a song about it #GMB.”

And a fourth user quipped: “The collaboration I’d really like? Gary Barlow and the HMRC.”

“By avoiding his tax obligations he took money from the NHS for years and has financially propped up the most anti NHS political party. Now he wants public money, and praise, for his NHS song… clap away.”

Gary admitted to taking part in the scheme in 2014 and went on to admit it was  “one of the most stupid things I’ve done”.

He, as well as fellow band members Mark Owen, Howard Donald, and their manager Jonathan Wild, invested an estimated £66 million in a scheme fronted as a music industry investment scheme.

The scheme was called “Icebreaker Management” and resulted in all four being ordered to repay around £20 million back to HM Revenue and Customs.

In April 2105, reps confirmed the money had been paid in full.

The statement read:”I can confirm that Gary Barlow, Mark Owen and Howard Donald have now received confirmation from HMRC that their tax affairs are fully up to date.

“I can also confirm that the guys have not appealed the Icebreaker decision and are not part of the ongoing appeal process.”

Elsewhere on Gary’s GMB appearance he delighted many fans by confirming that Take That’s first movie Better Days! will be released in 2021.

He said: “We’ve got a film coming out next year featuring all our music. I think they start filming in January.”

@GaryBarlow Been able to catch up on your #GMB interview from this morning (hi, nice specs 😏) and honestly cannot wait time hear your new album with the orchestra 😍 pic.twitter.com/ObApRAALuc

@GaryBarlow that was lovely to wake up to #GMB