Have you ever wondered what presenters do while VTs are playing?

The pair were left red-faced after a recorded segment was unexpectedly cut short and viewers saw what they really do behind the scenes. 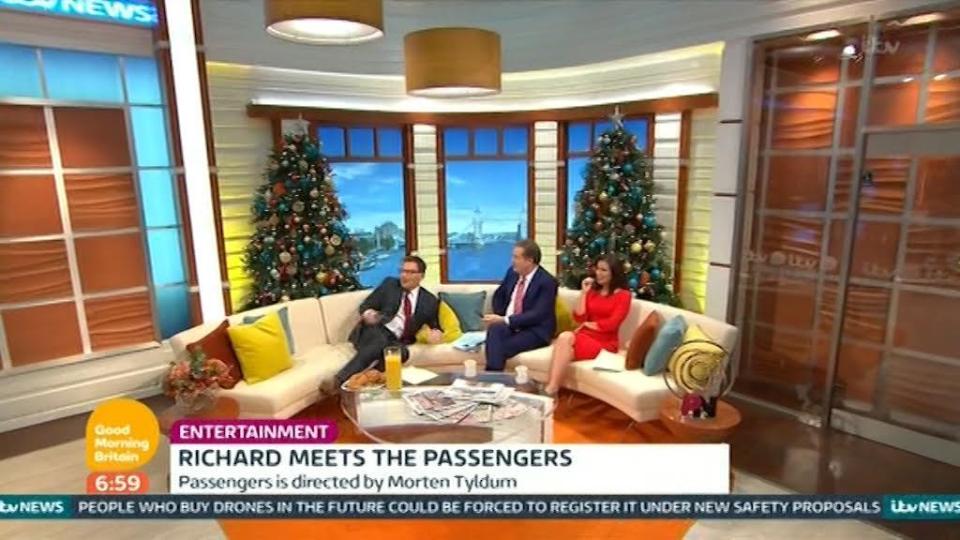 Richard Arnold was sprawled out on the sofa, along with Piers Morgan as they both had a play on their phones.

While Susanna Reid sat perfectly upright patiently waiting for the VT to finish. 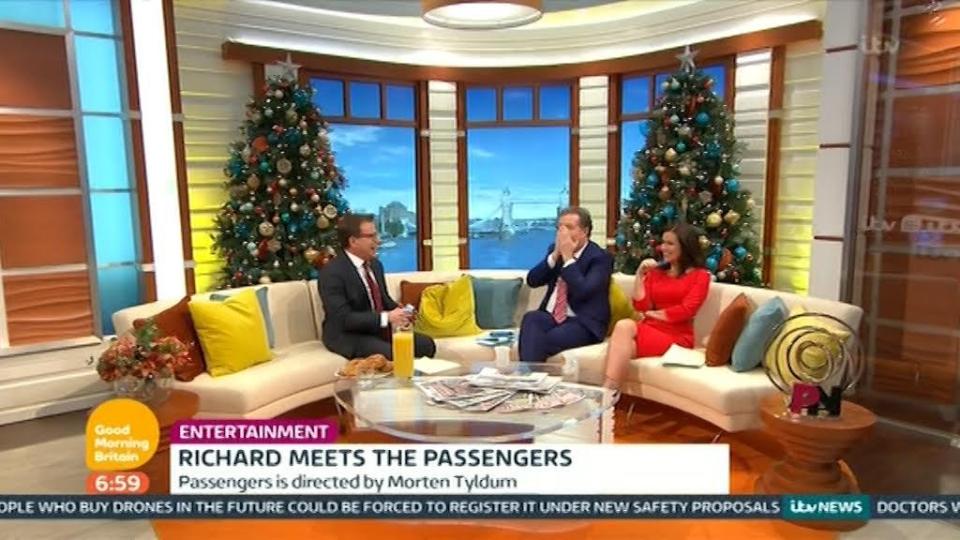 The clip had been showing Richard interviewing Jennifer Lawrence and Chris Pratt about their new film Passengers, but it froze, then abruptly cut back to the studio.

Quickly jumping to position, Richard turned to producers and said: “Oh! What happened there?” 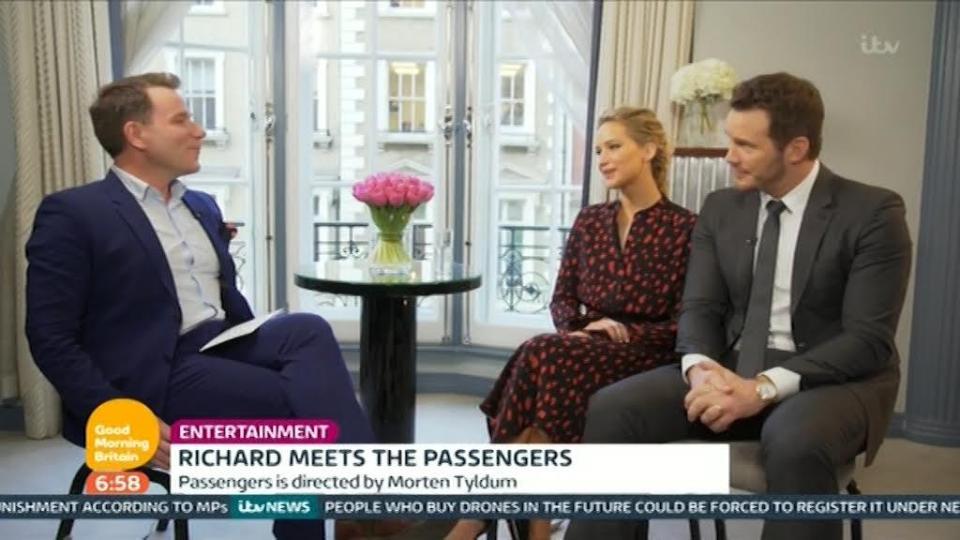 Susanna poked fun at the pair and said: “I love the fact that you two were just sat on your phones.” Richard and Piers tried to laugh it off by joking they were texting each other.

Piers said: “It’s the only way I can communicate with him without involving my lawyer.”