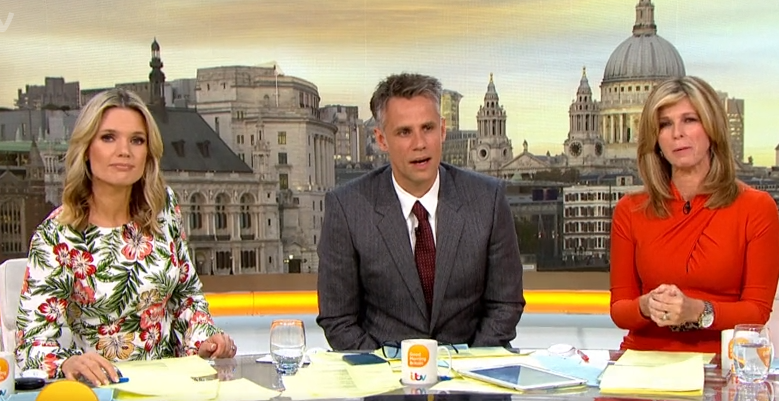 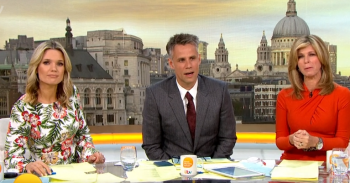 Good Morning Britain bosses have asked Richard Bacon to return as a presenter.

The former Blue Peter host filled in for Piers Morgan on the breakfast show this week, and as he said his goodbyes to fellow presenter Kate Garraway on today’s show (26.04.19), she revealed some “breaking news” that the programme’s editor wants him back.

As this morning’s show came to an end, Kate asked Richard if he would be coming back to the show, saying the team have “loved having” him.

Richard replied: “That is a matter for the editor of Good Morning Britain, the controller of ITV.”

Kate then said: “Oh, I have breaking news. The editor says, ‘Yes, you can come back. You will be very, very, very welcome.'”

And Richard added: “OK, thank you very much indeed.”

But Kate joked Richard would have to “give up the LA sunshine”.

He responded: “I know, that would be an issue. But it has been wonderful being here, thank you for having me. It is a fantastic team and I’ve liked working with you.”

The on-air revelation comes after GMB editor Neil Thompson yesterday (25.04.19) interrupted the presenter’s interview with Harry Potter actor Warwick Davis to give him a shaving ultimatum.

Handing him a brown envelope with P45 on, and a bottle of shaving cream and a razor, Neil said to Richard: “It is either this or this.”

Richard, who was sporting some stubble, then joked: “Let’s leave this in the air, will I take the P45?”

And he appeared clean shaven on today’s show.

The 43-year-old star spent 11 nights in a medically-induced coma while battling a potentially deadly lung infection, and later revealed that at one stage his body went blue and doctors “expected” him to meet his maker.

“I was very, very close to death. They went from telling me I needed to be in an induced coma to being in a coma in four minutes. They said to me afterwards, ‘It wasn’t that you might die, we expected you to die.’ I was the illest person in Lewisham hospital.”