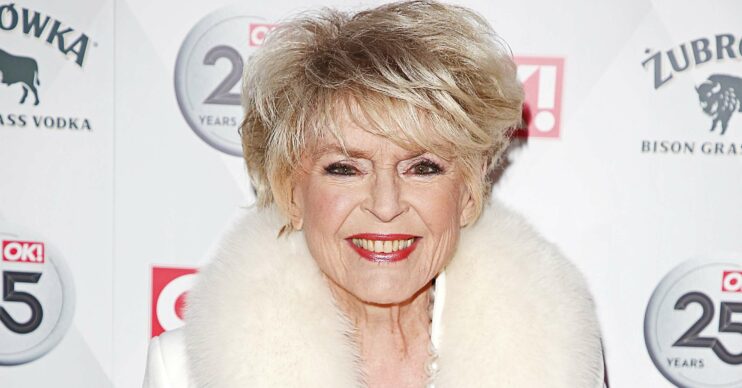 She lost two stone in weight after her diagnosis!

The 82-year-old presenter, who features in Gloria: My Life on TV on BBC One, was diagnosed with diabetes in 2014 and was unaware she had the condition before.

The TV presenter opened up about how she unwittingly discovered she has diabetes, after she cut herself making dinner.

The wound became infected and after a trip to hospital she discovered that she had high blood sugar, a sign of pre-diabetes.

Gloria explained to the Daily Record: “When an inch-wide red welt went right up my arm, I rushed to my local A&E.

“I ended up in hospital for two weeks on intravenous antibiotics. It was during the process of blood tests that the high blood sugar reading was found.

Diabetes ran in Gloria’s family, as her late sister Lena also had it. However, Gloria was determined to keep hers in check with a healthy diet and lifestyle.

The Irish Loose Women panellist shared: “I asked the doctor what I could do to prevent diabetes. He advised cutting out sugar and carbohydrates, which turn to sugar, from my diet.

“Now, I have no obvious sugary items but also no potatoes, rice, pasta or bread. I also try to cut out the hidden sugars that are found in, for example, fruits.

“I adjusted my diet as soon as I left hospital and, thankfully, my blood readings soon fell into line.

“Also, two stone dropped off me within weeks – I’m 8.5 stone now and I don’t want to lose any more.”

In a discussion on Loose Women about hair loss, Gloria said: “I don’t think the average woman deals well with clumps of hair coming out.

“And Caron never wanted her boys to see her without the wig.”

She continued: “But what we did quite early on was get quite a real hair wig made for her.

“Honestly I was quite shocked at how real it is because you could be an inch away from the root and you just don’t know [it’s a wig].

“For her, she loved having it and she just said, ‘Oh I had my hair cut off’, because she had lovely long hair.”

Gloria added: “So she coped well, but I think for a lot of people the wig is the answer.”