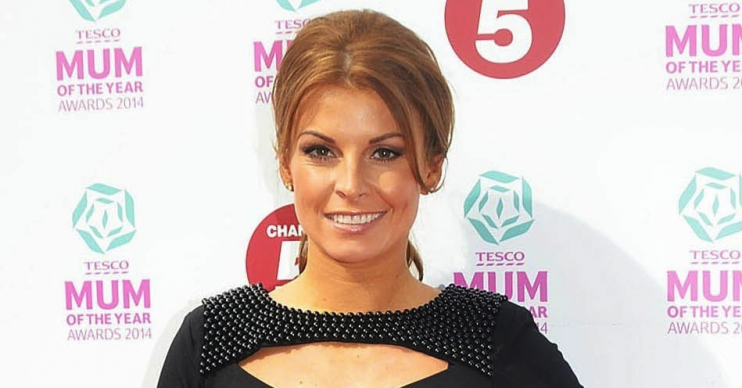 It’s been a bit of a dramatic week for Coleen Rooney, what with her public spat with fellow WAG Rebekah Vardy.

The Scouse star, 33, publicly accused Vardy, 37 – the wife of Leicester City footballer Jamie – of sharing details of her private life with the tabloid press.

But by the looks of things, Coleen was able to put her troubles aside last night as she went for an evening out with friends.

Wearing a black leather mini-dress, the WAG looked ready to let her hair down as she headed for a party in Manchester.

According to The Mirror, Coleen left the party in a taxi around 4am.

Wayne Rooney’s other half didn’t hold back as she accused Vardy of sharing her private details earlier this week.

Taking to Instagram on Wednesday, she wrote: “For a few years now, someone who I trusted to follow me on my personal Instagram account has been consistently informing The SUN newspaper of my private posts and stories.

Coleen went on to explain that she had done some investigative work to try and found out who the culprit was, before finally naming her suspect.

Vardy has denied any wrongdoing and has reportedly said that she is prepared to go to court to contest the allegations.

However, another former WAG, Danielle Lloyd, has claimed that she’s also had issues with Vardy in the past.

Speaking about Coleen’s allegations, Lloyd told This Morning: “I wasn’t that shocked. I’ve had run-ins with Rebekah before over similar things.

“Obviously like everyone else you read it and are like, ‘Oh my gosh.’ But I wasn’t as shocked seeing who it allegedly was.”