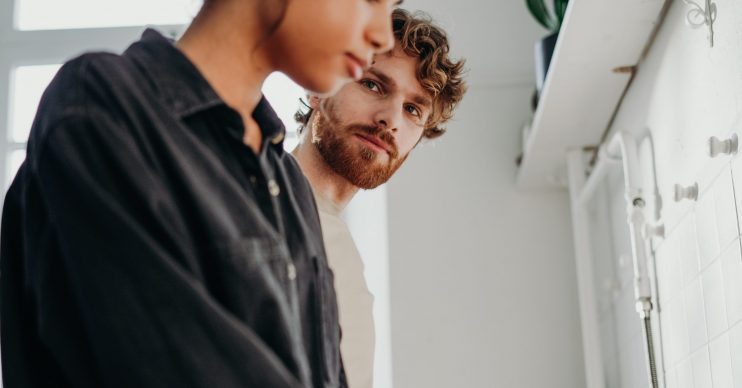 But she can stick around in case he changes his mind!

One woman probably isn’t having a very happy Valentine’s Day after she revealed that her boyfriend of nine years wanted to go “on a break”.

Yes, just like the infamous line from Friends, the man revealed that he wanted to press pause on their relationship and explore other options.

However, said options were a little too close to home as the woman explained that he wanted to date their flatmate.

And, in even more surprising news, he wanted her to carry on living there while he dated the flatmate, just in case it didn’t work out and he wanted to get back with her.

Oh, and did we mention that the woman also pays the rent for herself AND her soon-to-be ex-boyfriend?

The thread was posted on Reddit, with the woman explaining her busy schedule meant that she was out of the house for long periods of time and, when she did return home, the pair made her feel like a “third wheel”.

Detach yourself from this cancer NOW. That’s is your top priority over everything else in your life.

She added that the boyfriend and their housemate left her out of their activities, such as ordering takeaways, going on days out, visiting museums and watching movies.

The forum users were naturally quick to respond, with one person advising her to cut what she called the “cancer” out of her life.

“First of all, you’re not staying in the flat. Get the f**k out. Detach yourself from this cancer NOW. That’s is your top priority over everything else in your life,” offered one user.

“This guy is a complete and utter toxic mess and you are poisoning yourself by being around these people,” they added.

“You need to leave this all behind you and start living your best life NOW,” she concluded.

Another said: “He sounds like a narcissist and don’t even get me started on her. They actually sound like they will be good for each other.”

“I can’t even believe the audacity of these two garbage humans,” a third said.

The girl added that her boyfriend and flatmate had advised that she doesn’t “go on any dates so that I can take the time to emotionally heal”.

“He’s totally a leech and you should get as far away from both of them as you can,” said another.

We couldn’t agree more – and hope she’s out on the town as we speak celebrating February 14 with her gals!

Head to our Facebook page @EntertainmentDailyFix and let us know your view.