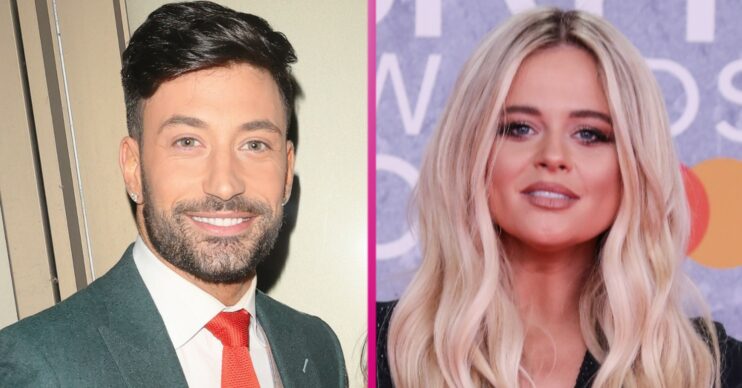 The Strictly pro celebrated the awards ceremony in London on Tuesday, before ending the night at a star-studded after party.

According to reports, Giovanni was “holding Emily’s hand while trying to seduce her” at nightclub The Box.

The Mail Online reports: “Giovanni set his sights on Emily from the get-go. He made a beeline for her and was very persistent.

“He held her hands and waist and during one intimate moment caressed her face, before the pair left the club to have a cigarette together.”

The source went on to claim that Giovanni, 31, was “protective” over Emily, 32, as they partied with his Strictly co-stars.

Emily looked happy to be close to Giovanni

The source alleged: “Emily looked happy to be close to Giovanni but was also conscious not to overdo it in front of his Strictly co-stars.”

ED! has approached representatives for Emily and Giovanni.

Earlier today, Emily shared an update with fans as she recovered from last night’s events.

Alongside a photo of herself on the red carpet, she declared: “So hungover. Todays Wordle can [bleep] right off.”

Giovanni has been busier than ever in recent weeks.

As well as performing on the Strictly tour, the star is also preparing for his upcoming show with Anton Du Beke.

The pair are hitting the road with Him and Me in June.

The Strictly stars were previously forced to postpone the show due to the pandemic.

During a recent session together, Anton shared: “Auditions… a hot new show in the summer. Come on!”

The dancers will embark on the tour in Cheltenham, before performing their final date in Swindon.