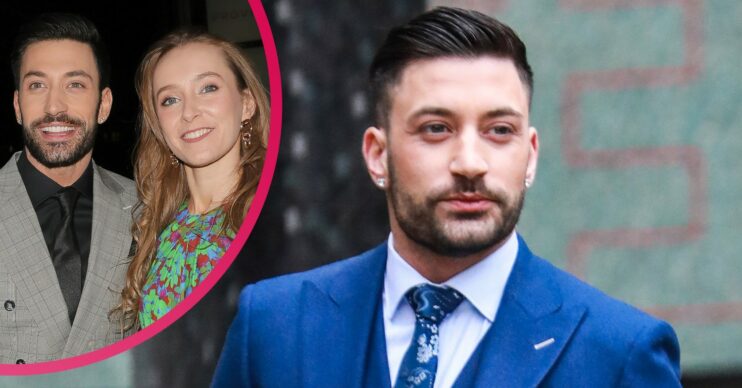 The Strictly winners recently performed their final show together

The 31-year-old Italian pro recently performed his final dance with the EastEnders actress on the show’s live tour.

Since then, Giovanni has landed himself a new stunning partner.

Taking to social media yesterday (February 22), Giovanni shared a clip of himself and his new female partner.

The video showed the star during an intimate dance with Lauren Oakley.

It certainly isn’t the first time that Lauren has performed alongside a Strictly pro.

The dancer has previously worked with former winner Kevin Clifton on the Burn the Floor tour.

In the clip reposted by Giovanni, the pair were seen rehearsing to Michael Bublé’s Feeling Good.

It comes weeks before the star is heading out on his solo tour next month.

Despite performing with a new partner, we’re sure Rose isn’t far from Giovanni’s thoughts.

The show winners formed a close friendship over the course of the series.

In a recent social media post, Giovanni paid a touching tribute to Rose as the show’s tour came to an end.

“The end of our @bbcstrictly journey but the beginning of an eternal friendship!! I love you @rose.a.e. THANK YOU for the best 6 months of my life!”

Marking their final show together, the actress said: “Six months ago, I didn’t have a clue what I signed up for and to be honest I was terrified.

“Now, I know for sure that it was the best decision I have ever made, what a crazy ride and life-changing experience it has been.

“@giovannipernice, I am so grateful that you were part of my Strictly journey. Thank you for telling my story and showing everyone who I am. Our friendship is so special and lasting for sure.”

Read more: Rose Ayling-Ellis stars video of the ‘real’ Giovanni Pernice after she falls victim to his cruel joke

Rose concluded: “I feel myself heading off to new adventures and I can’t wait to see what happen next. But I will never forget everything that Strictly has given me.”

Giovanni’s post follows shortly after reports claimed that he enjoyed a “snog” with Emily Atack.

The pair were reportedly spotted getting close at the BRITs.