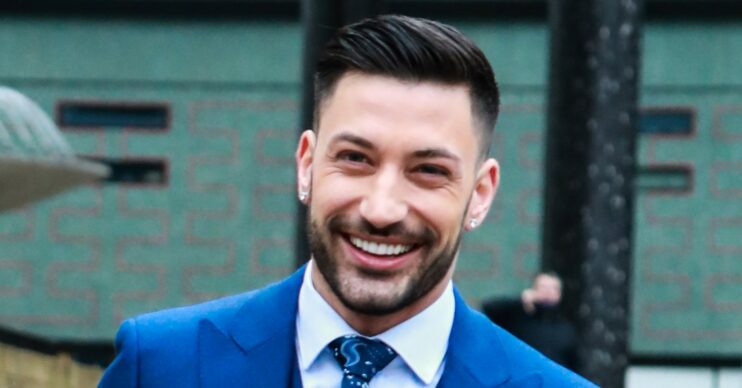 The Italian pro is preparing for his second tour in summer

Giovanni Pernice has taken a break from the Strictly Come Dancing tour for a “date” with a fellow dancer.

The 31-year-old star is currently touring the country alongside partner Rose Ayling-Ellis.

Giovanni spent the day with Anton Du Beke as they rehearsed for their upcoming tour, Him and Me.

The pair are hitting the road together in June.

Anton, who is not taking part in the current Strictly tour, joined his co-star for auditions on Monday afternoon.

Poking fun at his “date” for the day, Giovanni said: “Hi baby… it’s my date for the day.”

The Italian hunk went on to explain that the pair were “finally” preparing for the joint tour.

The Strictly stars previously postponed their show together due to the pandemic.

Revealing their plan for the day, Anton added: “Auditions… a hot new show in the summer. Come on!”

The dancers will embark on the tour in Cheltenham, before performing their final date in Swindon.

How has the Strictly tour been going?

Meanwhile, Giovanni and Rose have continued to impress fans during the Strictly live tour.

The pair have been crowned winners during multiple nights on the tour.

However, they were recently knocked off the top spot by Sara Davies and her professional dance partner Aljaz Skorjanec.

Alongside a snap of winning couple, Strictly recently announced: “The winners on the first night in @arenanewcastle were… @saradaviescc and @aljazskorjanec!

But it didn’t take long for Giovanni and Rose to be crowned champions again.

They bagged first place whilst performing to crowds in Manchester over the weekend.