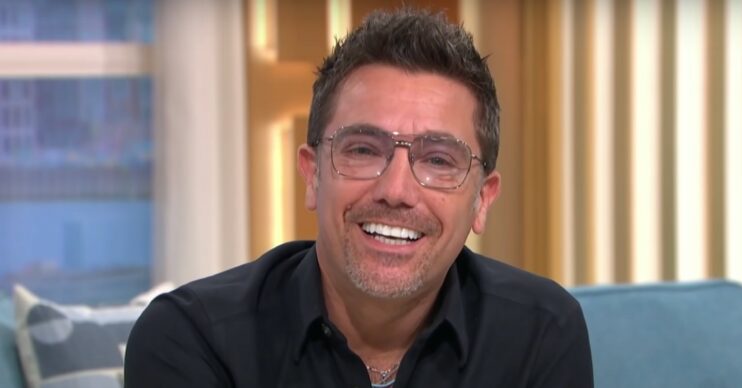 Gino D’Acampo issued a warning to his Instagram followers after sharing a picture of him kissing his daughter on the lips yesterday (Sunday, May 22).

Gino shared the sweet snap with his 1.5 million followers – and plenty of them jumped to support him in the comment section.

Gino took to Instagram yesterday to share both a sweet snap and a word of warning to the “haters”.

The Italian chef uploaded two snaps for his 1.5 million followers to see.

In the first picture, Gino can be seen giving his nine-year-old daughter, Mia, a kiss on the lips as they sit outside.

In the second photo, Gino and Mia are sharing a laugh in the same location as the previous snap.

“To all the haters out there… yes I still kiss my principessa on the lips,” he captioned the post.

Thousands of Gino’s followers headed to the comment section to show their support for the 45-year-old.

“Anyone who sees this as anything other than the love between a father & daughter is what’s wrong and the issue. If you’re sexualising this you’re not well,” one of his followers said.

“Anyone who says it’s wrong to kiss your child on the lips says more about them,” another wrote. “Beautiful picture & a beautiful family.”

“Gino, you are a great father and your children know you adore them,” another wrote.

Gino’s snap comes not long after it was revealed that he is being eyed up for the 2022 series of Strictly.

According to one TV insider, Strictly bosses are looking to sign the star up for a stint on the ballroom floor.

Speaking to The Sun, they said: “Every year the team behind the show want to get the perfect balance of stars, whether it’s for their sex appeal, humour, or if they are a particular draw for older or younger viewers.”

“But they view Gino as someone who has universal appeal, who is up for a laugh and more than capable of keeping audiences entertained,” they went on to say.

“He also has serious star appeal, having been on This Morning for 13 years and winning I’m A Celebrity.”

This isn’t the first time Gino has been approached for Strictly. The Italian revealed that he had been asked to do the show before, but didn’t have the time.