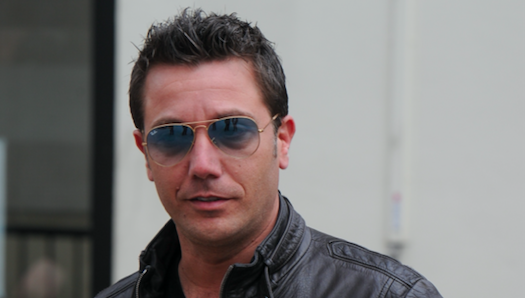 Celebrity chef Gino D’Acampo has directly responded to trolls who had criticised him for previously posting social media content showing him cuddling in bed with his young daughter, Mia.

Posting a video in view of his Instagram followers, married father-of-three Gino snuggled topless in bed with Mia as he addressed the critics.

Read more: Gino D’Acampo admits he’s not easy to be married to

He told the camera: “You know last time I put a picture in the bed and put kiss and cuddles, a lot of people they thought it was weird. I thought it was nice because we can do cuddly, and I love you so much.”

Mia then asked: “Why did they think it was weird?”

He responded: “I don’t know. I think they are the weird ones. Nothing wrong with daughter and daddy cuddling in bed, right? What message should we send these people?

Something to think about…….I wish you all a Happy New Year…..GDx

“What’s the message we should give these weird people?”

The young girl then stuck her tongue out and gave the camera her middle finger.

Why did they think it was weird?

A laughing Gino said: “Mummy is going to kill you!”

He captioned the video: “Something to think about…….I wish you all a Happy New Year…..GDx”

Comedian Paddy McGuinness appeared to agree with the sentiment and commented with a series of clapping and crying laughing faces emojis with: “Superb!”

To all the parents out there, don’t forget to encourage your little ones to cook #Wiskella……….GDx

Meanwhile many of his fans said that they agreed with the message and that there is nothing wrong with his actions.

One wrote: “Good girl, nothing wrong with daddy and daughter cuddles.. don’t ever stop!! Xx”

A second commented: “Good girl !! People that think this is weird are the actual “wronguns””

And a third quipped: “Completely agree girl nothing wrong about cuddling your dad for as long as want it’s precious moments u will never forget.”

What do you think of Gino and Mia’s comeback? Tell us what you think on our Facebook page @EntertainmentDailyFix.