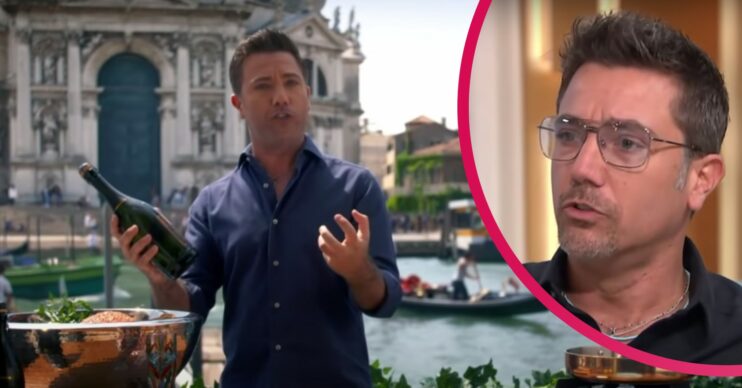 The Italian TV star, 45, broke his silence in an address to Instagram fans yesterday (Friday January 7).

Gino told his social media followers he wanted to ‘set the record straight’ about his My Pasta Bar chain.

It was reported last week by some news outlets that Gino was winding up the business.

However, the This Morning chef and Family Fortunes host told fans he’d seen “a lot of crap about my restaurant”.

Read more: Gino D’Acampo on prison making him a better man: ‘I was not going to get dragged down’

Gino said in the video clip: “Apparently, my restaurant had been into liquidation.

“Now, I don’t usually do stuff like this, but I thought, let me set the record straight here.”

‘It is a stand-alone business’

Gino explained the My Pasta Bar concern is separate from his restaurant business.

He said: “About 10 years ago, I opened a business called Pasta Bar, which is serving Italian food very fast in the centre of London, three little shops.

“And we tried for 10 years, and then COVID came around and I thought – ‘do you know what?’ We had to close.

“There was no point to pursue with the idea, which – by the way – I absolutely love and I will continue with that with another business.”

The Pasta Bar business has got nothing to do with my restaurant business.

Gino continued: “So the Pasta Bar business has got nothing to do with my restaurant business, with my import business, or any other business that I do. It is a stand-alone business going into liquidation.

“We have to move on, this is what business is all about. Sometimes you win, sometimes you lose.”

‘The business is growing well’

He added: “Now, let’s talk about the restaurant business, which is growing really, really well.

He also told his followers he has invested thousands into the opening of his new restaurant in Alderley Edge in Cheshire.

Gino ended his video clip by proposing previous reported claims might not be true.

He signed off: “And guys, can I give you a suggestion? When you see something mainly remember this it’s all crap!”