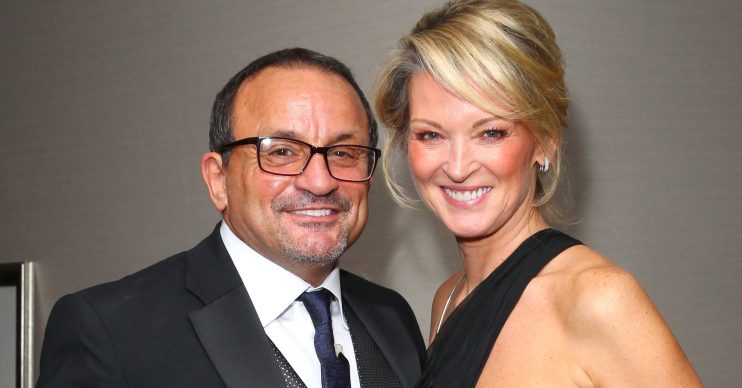 Actress Gillian Taylforth has reportedly split from her fiancé, Dave Fairbairn, after six years together.

The EastEnders star, 64, ‘called off her relationship’ with Dave due to a ‘string of disagreements’.

A source told The Sun: “It’s a great shame after all this time together but it just wasn’t working out. They’ve called it quits on the best of terms.”

It’s a great shame after all this time together but it just wasn’t working out.

Mum-of-two Gillian, who has played Kathy Beale in the soap on and off since 1985, reportedly previously called off her engagement with Dave two years ago after a ‘string of fiery rows’ between the two.

Also in 2017, Dave was given the all-clear after a battle with prostate cancer.

He was convicted of drugs charges and sent to prison for 15 years in 2003, serving 10 years of his sentence.

The Mail quotes an interview Gillian gave speaking about her engagement six years ago.

“Dave proposed to me while we were on a weekend break to Barcelona with [son] Harrison in 2013. We were enjoying a jug of sangria outside a cafe and suddenly Dave got down on one knee.

“I was distracted and said yes and then I thought about what I’d just agreed to. I’m thinking about wedding plans but I still haven’t set a date yet – sometimes I think I should just go for it but then I get a bit panicked.

“I guess my attitude to marriage is sometimes if it ain’t broke, don’t fix it.”

Gillian’s character has been a fan favourite in the soap since it launched in 1985.

In 2000 she left the show to pursue other projects, and went on to star in Footballers’ Wives and The Bill.

She returned to Albert Square in 2015 and in 2017 Kathy came face-to-face with rapist James Willmott-Brown in an explosive storyline.