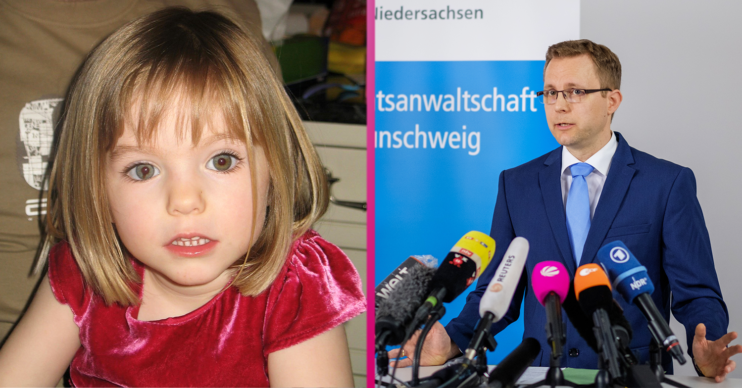 German prosecutors have ‘concrete evidence’ that Madeleine McCann is dead

Another dramatic U-turn from police

German prosecutors have claimed they have “concrete evidence” that Madeleine McCann is dead.

The news will come as a huge blow to her parents Kate and Gerry, who have never given up hope that their daughter is alive.

Madeleine was just three years old when she went missing during a family holiday to Praia da Luz, Portugal, in 2007.

Last week, it was claimed that police told the McCanns their daughter was dead in a letter.

However, Kate and Gerry slammed the reports.

They said: “The widely reported news that we have received a letter from the German authorities that states there is evidence or proof that Madeleine is dead is false.”

It is concrete evidence, facts that we have, not mere indications.

German prosecutor Hans Christian Wolters claimed to have told the couple by letter that he has “concrete evidence” that suggests Madeleine is dead.

And this week he has reissued those claims.

He said: “It is concrete evidence, facts that we have, not mere indications.”

Wolters added that he is unable to disclose the exact information because it could jeopardise the investigation into the German suspect, Christian Bruckner.

However, he did offer some hope to those who love Madeleine and are desperate for her to be alive.

He said: “We have no forensic evidence of Madeleine’s death, such as a corpse.”

The comment signal yet another dramatic U-turn by Wolters. Earlier this week, he claimed Maddie “could still be alive”.

German authorities have now asked Portuguese police to hand over all the evidence they have on Bruckner so he can be tried in his home country.

The material is thought to include DNA taken from the Algarve holiday apartment that Maddie vanished from, a Portuguese newspaper reported.

However, reports suggest police have turned down the “arrogant” request.

A source close to the McCanns has urged the German and Portuguese police forces to work together to “solve the case”, the Daily Mail reports.

Newspaper Correio da Manha reported: “The Policia Judiciaria will only act on the ground again if the German authorities indicate specific places where Madeleine’s body could be hidden.”

Earlier this month, GMB star Piers Morgan revealed he was horrified as some of the show’s viewers trolled the McCanns.