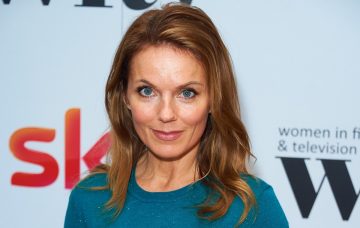 Geri Horner has shared insight into her idyllic life as she posted an adorable picture of her son, Monty, giving her a helping hand in the garden.

The star took to Instagram to post an adorable snap of herself and Monty, one, letting the chickens out of their coop.

The 46-year-old captioned the cute picture “Letting the girls out #freedom.”

Letting the girls out #freedom 💋🐥

Fans couldn’t get enough of the picture with many gushing over Geri’s lifestyle.

One person said: “Geri you look like you have such a beautiful natural wholesome life.”

Another wrote: “You have the best life. Seriously,” while a third added: “Wow Monty is growing up fast. What a wonderful day to let the girls out.”

The former Spice Girls life is a world away from when she was in the girl group. She lives on a sprawling estate in Banbury, Oxfordshire.

She also regularly shares with her followers her culinary efforts. The singer showed off an homemade plum crumble she cooked using ingredients from her own garden.

Geri captioned the photo: “Plum crumble-picked these plums myself! Recipe attached. I’ve just had some, so yummy.”

The handwritten recipe used 800g plums, halved and stoned, the zest of one orange, ground cinnamon and light brown sugar to create the fruity dessert.

Her fans were impressed with her baking skills while others were distracted by her coordinating floral Cath Kidston apron, oven gloves and baking dish as well as her Aga oven.

The Spice Girl gave birth to her son Monty with husband Christian Horner at aged 44 in January 2017. She also has another daughter, Bluebell, 12 from a previous relationship.

She posted the picture to Instagram showing Bluebell being a doting big sister to her one-year-old brother.

The image sees Bluebell sitting on the floor as little Monty leaned towards his sister with his hands on her shoulders.

Monty & Bluey 💕. I just love being their mama. (The walker in background was Bluey’s ,now Monty is using it ! )😌

“(The walker in background was Bluey’s ,now Monty is using it ! ).”

Do you have any children? If so, how many? Leave us a comment on our Facebook page @EntertainmentDailyFix and let us know what you think!