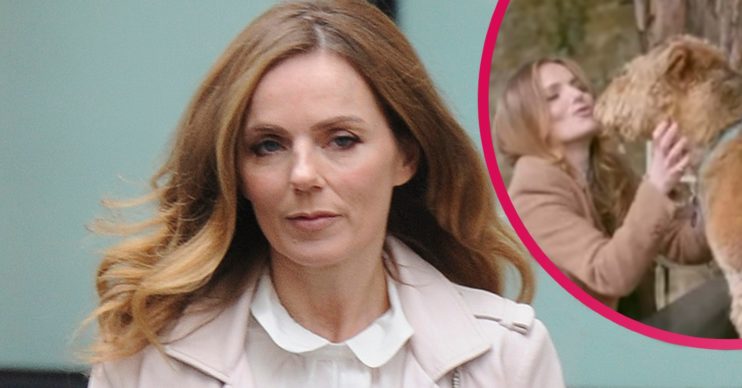 Geri had a close bond with the Airedale terrier

The Spice Girl, 48, has lost her beloved pet dog, Hugo.

The mum-of-two shared the sad news on social media.

Sharing in view of her some one million Instagram followers, Geri wrote:

“Goodbye Hugo my special friend – sadly past [SIC] away to Doggie Heaven.”

She then shared a moving video accompanied by a snap of Hugo’s sweet face.

In the video she tells the pooch she loves him and he then gives her a paw.

Read more: Geri reveals why she is ‘banned’ from I’m A Celebrity

He then gives her a growl as he sniffs her face.

“He was probably a little bit suspicious at first, going ‘who are you’?

“But you know I think we all need each other. Hugo needs love as I do, we all do.”

Read more: Piers Morgan slams notion that the coronavirus pandemic ‘is over’

In the episode Geri says she discovered her love for Airedale Terriers when she coupled up with Christian Horner.

She said she’d only had toy dogs before, but soon fell in love with her husband’s much larger dogs.

However, she said Hugo was a bit “grumpy” with her at first.

“I was a bit frightened of him. So I just started talking to him.

“And trying to befriend him with love. I tried to be a bit of a dog whisperer…and it was just the sweetest thing.

Businessman Christian, 46, penned his own tribute to the late dog on the post.

He wrote: “Hugo we will miss you so much but thank you for being such a good friend.”

Fans rushed to share their sympathy over the couple’s loss.

One user wrote: “I’m so sorry Geri. I’m sure you gave him the most brilliant life.”

A second user posted: “So sorry for your loss, G! He was lucky to have you as his family. You gave him the best life!”

And a third user commented: “I’m so sorry for you… it’s always very sad to lose an animal friend..”