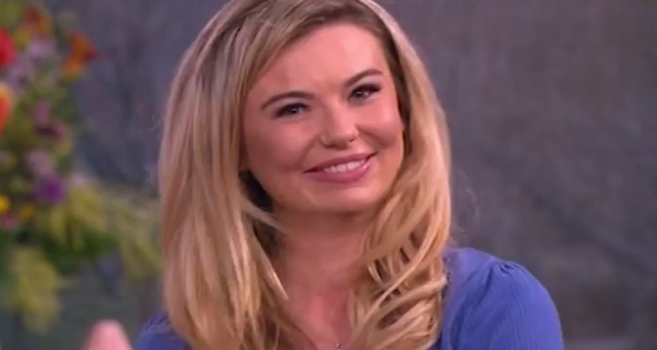 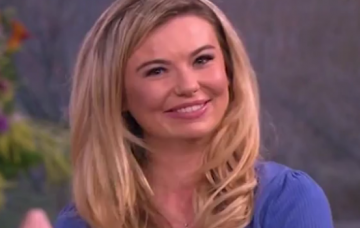 Georgia Toffolo has landed an exciting new job in Hollywood

We said the world was Georgia Toffolo’s oyster after she won I’m A Celebrity, and that’s turning out to be true!

The Made In Chelsea star, 23, appeared on today’s This Morning to discuss some VERY exciting news about a new job she’s landed.

‘Toff’ is going to be jetting to Hollywood, where she’ll be rubbing shoulders with some of the world’s most glamorous stars…

The blonde beauty has been signed up by ITV bosses to be a roving reporter at the Oscars ceremony on March 4… for This Morning itself.

That means she could get to interview some of the silver screen’s most well-known faces on the red carpet.

And by the sound of it, she’s absolutely thrilled (mind you, doesn’t she always sound like that?).

She told Phillip Schofield and Holly Willoughby: “Can you believe it? It’s like there’s been a mix-up! It’s just unreal.

“I’m going to try and get the nitty-gritty behind the Oscars. So I’ll try and get myself near a red carpet, probably go in the back door to a party, maybe speak to stylists… the whole process of the Oscars.”

But that’s not all she’ll be doing on the ITV morning show.

During today’s programme, we saw the jungle queen take to the ski slopes of Verbier in Switzerland for a mini-series called Toff Of The Mountain.

And we have to say, she came across as a bit of a natural!

Despite being romantically linked with a number of men since leaving the Australian jungle, Toff has said that her priority right now is her work.

She told The Sun: “This is my time to concentrate on me and my career, and not boys.

“I’m still young and, while I 100 per cent want to get married and have kids one day, I’ve got plenty of time.

“My love life has had a tough year, but winning I’m A Celeb has been good for my self-esteem.”