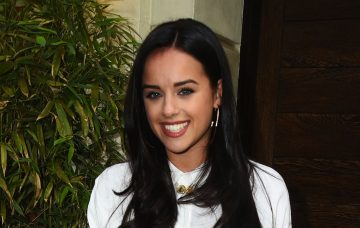 Georgia May Foote undergoes major transformation in the name of charity

Former Coronation Street actress Georgia May Foote has wowed her fans by having her locks snipped – for a good cause.

The 27-year-old, who played tragic Katy Armstrong in the ITV soap, took to Instagram to explain that she’s had her 11-INCH ponytail removed.

She’ll be donating the shorn tresses to the Little Princess Trust, which recycles hair to make wigs for children who’ve lost their own.

And her followers were thrilled with the gesture – although not everyone approved of her new look.

Georgia, who was a Strictly runner-up in 2015, wrote: “Sometimes we need to do something big to help with a fresh start. I will be donating my hair, all 11 inches of it!, to the @officiallittleprincesstrust.

“The charity provides free real hair wigs for children and young adults suffering hair loss as a result of cancer or other medical conditions.

“Although the charity can accept a minimum donation length of 7 inches, they currently really need longer donations of 10 inches plus.

“It’s so easy to donate – I washed and dried my hair, put the hair into ponytails, secured at the top, middle and bottom with hair bands, then cut above the band nearest my head.

“My dry ponytails will go into a clear resealable plastic bag and will be sent to the #littleprincesstrust. You can see their donation guidelines and find out more about this amazing charity on their website www.littleprincesses.org.uk.”

Georgia’s post garnered nearly 18,000 likes, with most people gushing over her goodwill.

One fan said of the actress: “Beautiful soul and beautiful heart.”

Georgia appeared in Corrie from 2010 to 2015, leaving the show as her character Katy emigrated to Portugal with her young son.

Georgia partnered Giovanni Pernice on the Strictly dancefloor. In the final, the pair received the maximum 40 points for their Charleston, before losing out to eventual winners Jay McGuiness and Aliona Vilani.