Coronation Street has had some pretty shocking storylines over the years – murders, kidnappings and torrid love affairs.

But sometimes, all you need is a striking new hairdo to set fans' tongues wagging.

That's what former Corrie actress Georgia May Foote found after sharing a snap of her striking new look on Instagram yesterday.

The 27-year-old looks unrecognisable from her role as Katie Armstrong in the soap, which she left in 2015 – and her followers were surprised to say the least. 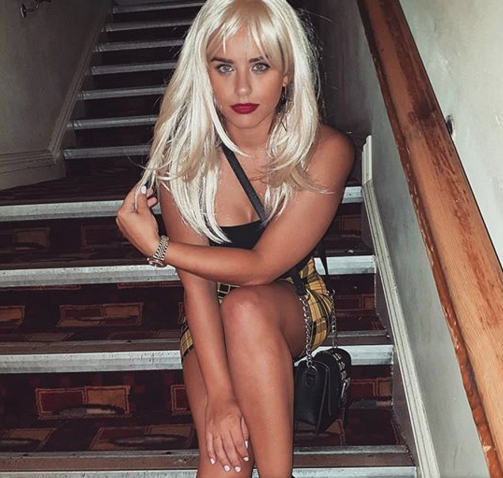 In the pic, Georgia is sporting rather foxy platinum blonde locks – a wig, perhaps? – along with a sultry pout that wouldn't look out of place on a catwalk.

Referring to the Charlize Theron film in which the main character – a female spy – has a similar hairstyle, Georgia captioned the shot "Atomic Blonde".

And most fans gave the look an almighty thumbs-up. One told her: "OMG you look so beyond gorgeous in a white wig OMG!!!!"

OMG you look so beyond gorgeous in a white wig OMG!!!!

Another observed: "Wow so different – deffo suits you!"

And a third summed up the look with the simple words: "The blonde bombshell."

But not everyone approved of the change in image, and one fan wrote: "Sorry, but you're better as a brunette, babe."

Can't please everyone, we suppose!

Georgia regularly shares pics with her 556,000 Instagram followers, and set a few hearts racing last week when she uploaded a photo of herself in bed at London's May Fair Hotel. 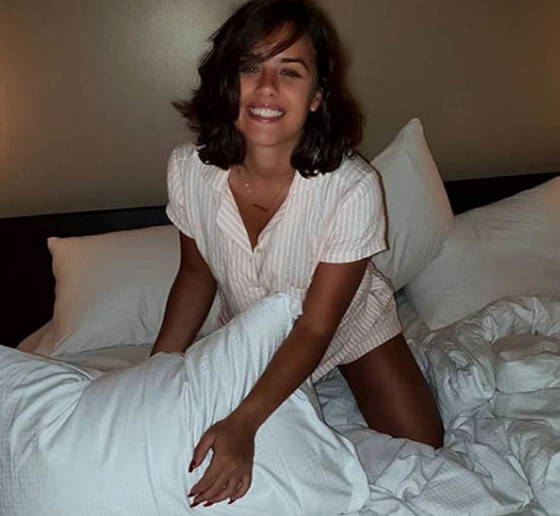 She shared a shot from London's May Fair Hotel last week (Credit: Georgia May Foote/Instagram)

Wearing a sexy 'just woken up' look – and her hair in its natural brunette colour – she looked like she was smarting for a pillow fight.

But if that put a smile on her fans' faces, they may have been less pleased to hear that Georgia definitely won't be appearing in Celebrity Big Brother any time soon.

Last month, the actress – who appeared on Strictly Come Dancing in 2015 – responded to whispers that she would appear in the forthcoming series by tweeting: "I am NOT going in CBB guys. Ever ever ever. Just to clear this up."

Do you prefer Georgia's hair blonde or brunette? Leave us a comment on our Facebook page @EntertainmentDailyFix and let us know what you think!