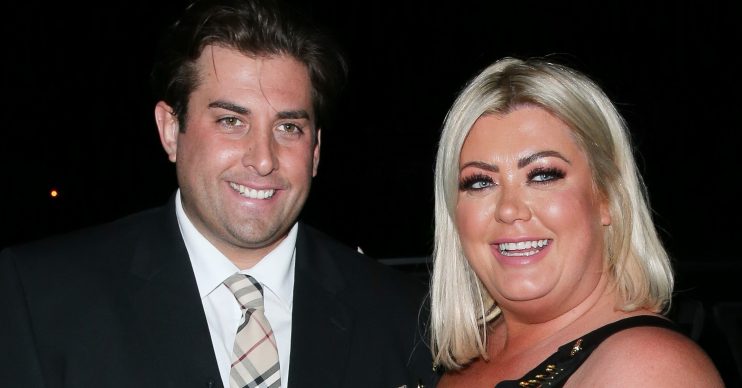 They're trying to resolve their problems

It’s been reported that Gemma Collins and James ‘Arg’ Argent have got back together.

The pair apparently split last month when Arg refused to go to rehab after Gemma allegedly called 999 amid fears that he had taken an overdose.

According to the MailOnline, the couple have now jetted off on a romantic break to Dubai to resolve their issues and try and rekindle their romance.

The publication reports the couple have been spotted holding hands at the £250-a-night Palazzo Versace Hotel in Dubai.

A source explained: “Gemma and Arg looked more loved up than ever in Dubai. They’ve been staying at the Versace hotel and have been working hard to talk through their problems.

“At dinner they were holding hands and instead of arguing, they seemed relaxed and content in each other’s company.

“Everyone’s hoping their time away together will do them the world of good and they can return a happy couple.”

The pair have split on several occasions this year alone.

Their most recent break-up came after former TOWIE star Arg reportedly refused to go back into rehab.

A source told The Sun last month: “Gemma genuinely thinks Arg will end up dead before long unless he gets clean.

Gemma and Arg looked more loved up than ever in Dubai.

“The people around him just keep covering for him, and if that keeps happening it’ll have a tragic ending. He’s on a one-way ticket to nowhere.”

It came after a report by The Sun Online claimed that Gemma dialled 999 after Arg failed to answer his friends’ phone calls and his parents were unable to get into his home.

The publication reported that two police cars and ambulance crews rushed to Arg’s £1.3million home to find out what was up.

“They became concerned and called the police and ambulance. They turned up and checked on me. They came up to my room to make sure I was fine.”

He added: “The police and paramedics were only here for about ten minutes. I’m slightly embarrassed really. I apologise for any wasted police time as I was absolutely fine.”