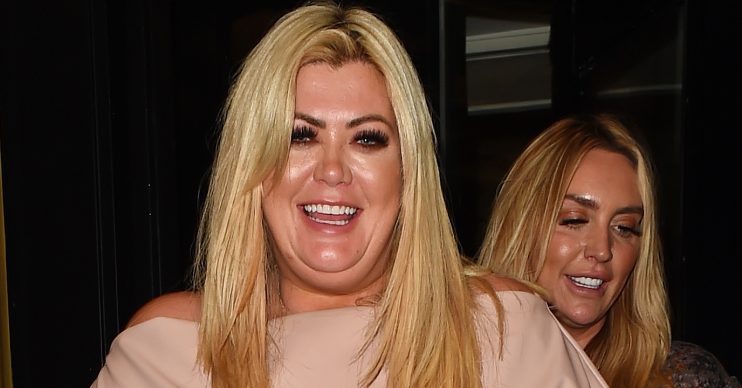 Living it up on the French Riviera!

She’s been showing off her weight loss during her recent trip to the South of France, and now Gemma Collins has also revealed that she made some unlikely holiday friends.

The former TOWIE star has been living it up in Cannes, staying at the plush Hotel du Cap-Eden-Roc with her Real Housewives Of Cheshire pal Dawn Ward.

And, it appears, she bumped into none other than David and Victoria Beckham, who were holidaying in the area with Sir Elton John.

ST TROPEZ ….. always once a dream now a REALITY… keep working hard …. keep dreaming and most of all ….. KEEP BEING FABULOUS 💗

David posted a picture of himself and Elton relaxing on board a yacht and Gemma soon commented.

“It was lovely to see you yesterday handsome as ever,” she said.

She took to Instagram Stories and told her followers: “So we are off to La Guérite today. We are partying hard.”

She added: “Apparently Elton John, Catherine Zeta Jones and Michael Douglas are all there. I’ve put my best earrings on, you never know!”

Gemma later confirmed that Elton, his husband David Furnish and Victoria and David Beckham were “all there”.

While Gemma didn’t manage to get a snap with the megastars, she commented that it had been “the best day”.

Clearly keen to prolong her trip to the South of France, Gemma flew home still wearing her “St Tropez swimsuit”.

She posted a video of herself wearing the one-piece while enjoying a facial at a plush Alderley Edge salon, near pal Dawn’s Cheshire home.

Let’s hope Gemma’s flight home was uneventful. She was recently caught on camera “lashing out” at a fellow holidaymaker after the woman in front reclined her seat.

Head to our Facebook page @EntertainmentDailyFix and let us know what you think of Gemma’s new star pals.