Reality star Gemma Collins has delighted fans by hilariously recreating the shocking moment she fell on Dancing On Ice.

During her sting on the popular ITV skating competition earlier this year, the GC was left with bruised knees after tumbling face-first during a performance.

It knocked her confidence so much, at the time, that she was reportedly "petrified" of falling again when she reunited with her fellow contestants during the final. 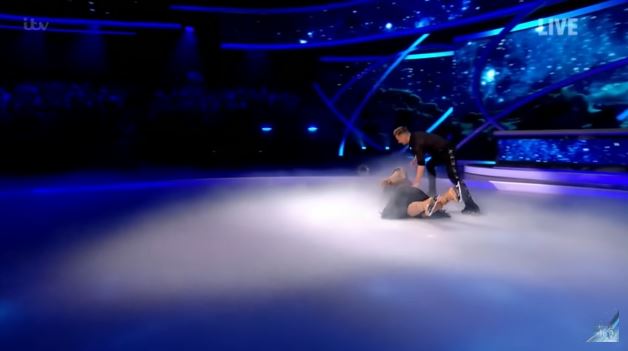 But now it seems Gemma can look back on the incident with a bit of humour.

On Instagram, the former TOWIE star shared a clip from panel show Celebrity Juice that showed her reenacting the fall.

In a video published by The Sun ahead of the episode airing on ITV2 tonight (24.10.19) at 10pm, Love Island favourite Maura Higgins asked Gemma for advice, as she's set to compete in the 2020 series of Dancing On Ice.

Gemma joked: "Do you really want tips from me?"

Host Keith Lemon then dragged a crash mat into the studio and Gemma exclaimed: "Oh no, Keith!"

He told her: "Show us your best Dancing On Ice move."

"What do you want me to do, Keith?" Gemma asked, although it seemed she already knew.

You're such a good sort Gem, inspirational.

"Your most famous one," Keith said, as the audience laughed knowingly.

Gemma, a huge grin on her face, flourished her arms gracefully and explained: "I think I was doing something like this and then I thought, yeah it's nearly over! I went up, the toe pick went and I just went..."

She then threw herself face down on the crash mat, causing the audience and her fellow guests to burst out laughing.

In the comments, Gemma's fans told her she was "brilliant" and a "good sport" for going along with Keith's joke and not taking herself too seriously.

One said: "You're such a good sort Gem, inspirational."

Another wrote: "You are brilliant!"

Someone else commented: "Love her, she's game for a laugh."

And pro ice skater Matt Evers, who was her partner on Dancing On Ice at the time, said, "Only you..." with a string of crying-laughing emojis.