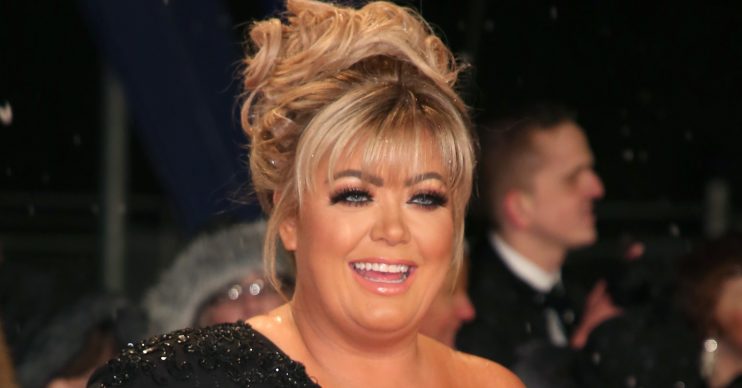 She visited a pumpkin patch

Chanelling her inner Victoria Beckham, Gemma Collins has pulled off the star’s infamous leg in the air pose.

The reality TV queen shared a photo to Instagram showing herself striking the rather aerobic pose in a field of pumpkins at Cammas Hall Farm.

The picture shows Gemma, 38, with her leg and arm in the air as she beamed for the camera.

Fans couldn’t get over Gemma’s pose with one person commenting: “Gemma is living MY best life right now.”

Another wrote: “If only I could get on the floor. You always put a smile on my face,” while a third said: “This is everything.”

Fashion designer Victoria has pulled off the pose on numerous occasions.

The star hit headlines during this year’s series after her on-air spat with judge Jason Gardiner and falling face-first onto the ice during one of her performances.

Revealing she’s set to take to the ice again, Gemma told New!: “Obviously the show was a huge success, mainly because I was on it.

“I’m actually going back to do the one-off Christmas special. You will see me back on the ice. They want me involved and it is an amazing experience.”

Gemma also revealed that she asked if there was “any way” they could get her back “full-time”.

Last month, the star admitted she was thrilled when judge Jason announced he had quit the show.

“Karma is a beautiful thing, and John Barrowman is now filling his boots. So see you later, honey! Next! Boring. There’s criticism, and there’s calling someone a fridge. He was referring to my body size.”