James 'Arg' Argent and his girlfriend Gemma Collins have been slammed for their latest holiday photo.

Last month, the couple jetted off to Dubai to enjoy a romantic sun-soaked getaway and they enjoyed a variety of activities including a trip to the desert.

Arg shared a snap of himself and Gemma riding camels in the Dubai Desert to Instagram and fans aren't impressed.

Read more: Gemma Collins is giving friends and family 'her time' instead of presents this year

"We created so many memories & it was one of the most special holidays of my life!"

The photo shows Arg and Gemma wearing traditional white kaftans as they beamed while sitting on the camels.

Another wrote: "Thought she was an animal lover? If that was the case then why are they both getting on these poor animals' backs?"

A third said: "Oh that’s animal cruelty at its best," while another simply added: "Animal cruelty."

Others were busy asking the couple what their relationship status is.

One said: "Are you going back out?" while another asked: "You're back together?"

During an appearance on Good Morning Britain last week, Gemma confirmed that she and Arg were back together despite splitting several times this year.

Gemma, 38, admitted she's waiting for Arg to pop the question but said she "can't wait much longer" and it's "either soon or I'm out of there". 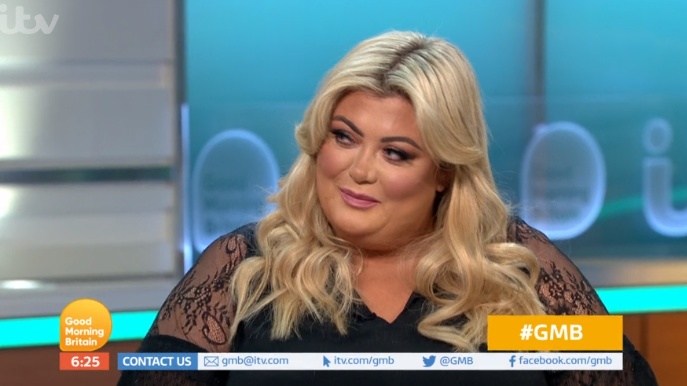 Gemma confirmed that she and Arg were back together (Credit: ITV)

Host Piers Morgan asked her: "How's your love life which I keep reading about. On-off, on-off, on-off. Is it on or off?" to which Gemma replied: "It's good. It's very much on, Piers."

Piers asked: "Any wedding bells? Has he ever asked you?" to which Gemma said: "Well, I'm waiting. No [he hasn't]. I can't wait much longer, it's either soon or I'm out of there.

"I am getting a little bit older now Piers, I need the big bling on the finger. If it's meant to be it'll be and if it's not, it's not. I don't lose any sleep over it."