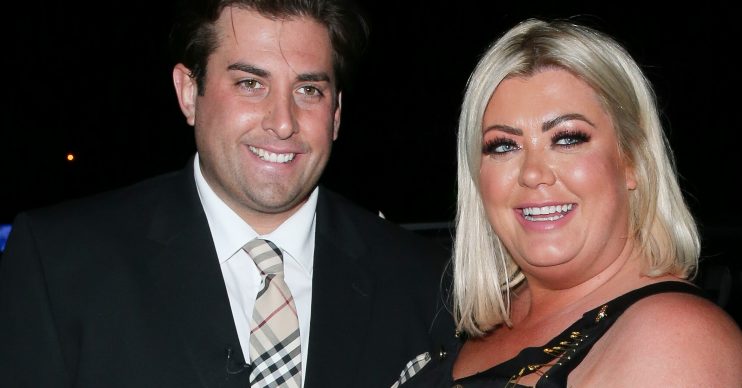 She's been "devastated" by his alleged troubles

Worried Gemma Collins has reportedly vowed to stand by her man and support James Argent following reports he suffered another overdose.

The reality star is constantly phoning her TOWIE boyfriend to check on him, according to The Sun – and has been “devastated” by his alleged troubles.

Speaking to the Sun’s website, an anonymous source is reported to have said: “Gemma is worried sick about Arg, when she’s not with him at his home she is ringing him 24/7 to check that he is okay.

“She is madly in love with him him and has supported him tirelessly for two years, she has been left devastated by his relapse.”

They continued: “Gemma is desperate to settle down and have a family with Arg, but she can’t until he sorts himself out.”

The source also claimed Gemma is dedicating herself to her performance on the Dancing On Ice Christmas special to help keep herself occupied.

She has been left devastated by his relapse.

Earlier this week it was reported James was rushed to hospital amid concerns he had suffered an overdose.

It was claimed friends became worried after being unable to contact him for 48 hours before alerting the emergency services.

An ambulance crew is said to have spent three hours at his house where he was reportedly found “out of it”.

It was also reported he initially refused to get into the ambulance but was eventually taken to hospital.

A source told The Sun: “Arg was disorientated and looked like he hadn’t eaten in days.

“He’s been suffering with depression and has been in a bad place for years. This is another blip in his recovery but it is the wake up call he needs.”

In October he played down concerns about his health after officers broke into his north London home following fears about his condition.

ED! has approached representatives for Gemma and James for comment.